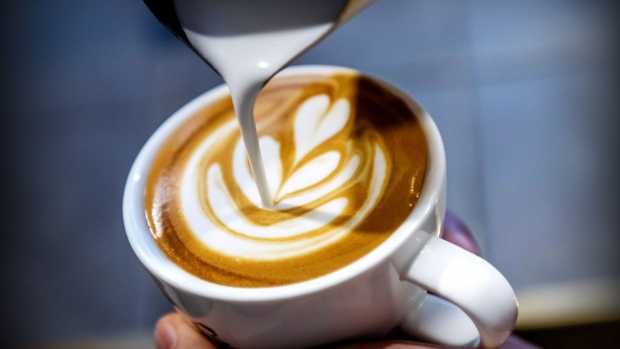 Hundreds of thousands of acres of coffee production were wiped out this year by extreme weather and climate-driven blights. Every coffee lover in the world will be paying the price. Coffee futures have surged nearly 90 per cent in 2021, and once cheaper inventories are exhausted, analysts expect retail prices to spike in 2022. Nobody should be surprised.

Humanity consumes a half-trillion cups annually of the caffeinated brew — almost double from a decade ago — yet coffee production is one of the most antiquated industries in all of agriculture. There hasn't been a major effort to develop a new coffee bean varietal in half a century and we're now witnessing the consequences: a crop that simply can't survive much longer in our changing climate.

The good news is growing climate pressures are spurring a movement to modernize coffee production. The two main species of coffee plants grown today in the world’s “Bean Belt” are robusta and arabica, the latter being the more flavorful and coveted of the two. Most modern strains of arabica were developed in 1967 by the Portuguese government. Decades later, this aging crop is succumbing to modern scourges like coffee rust fungus and borer beetles, along with oscillating heat and moisture levels. 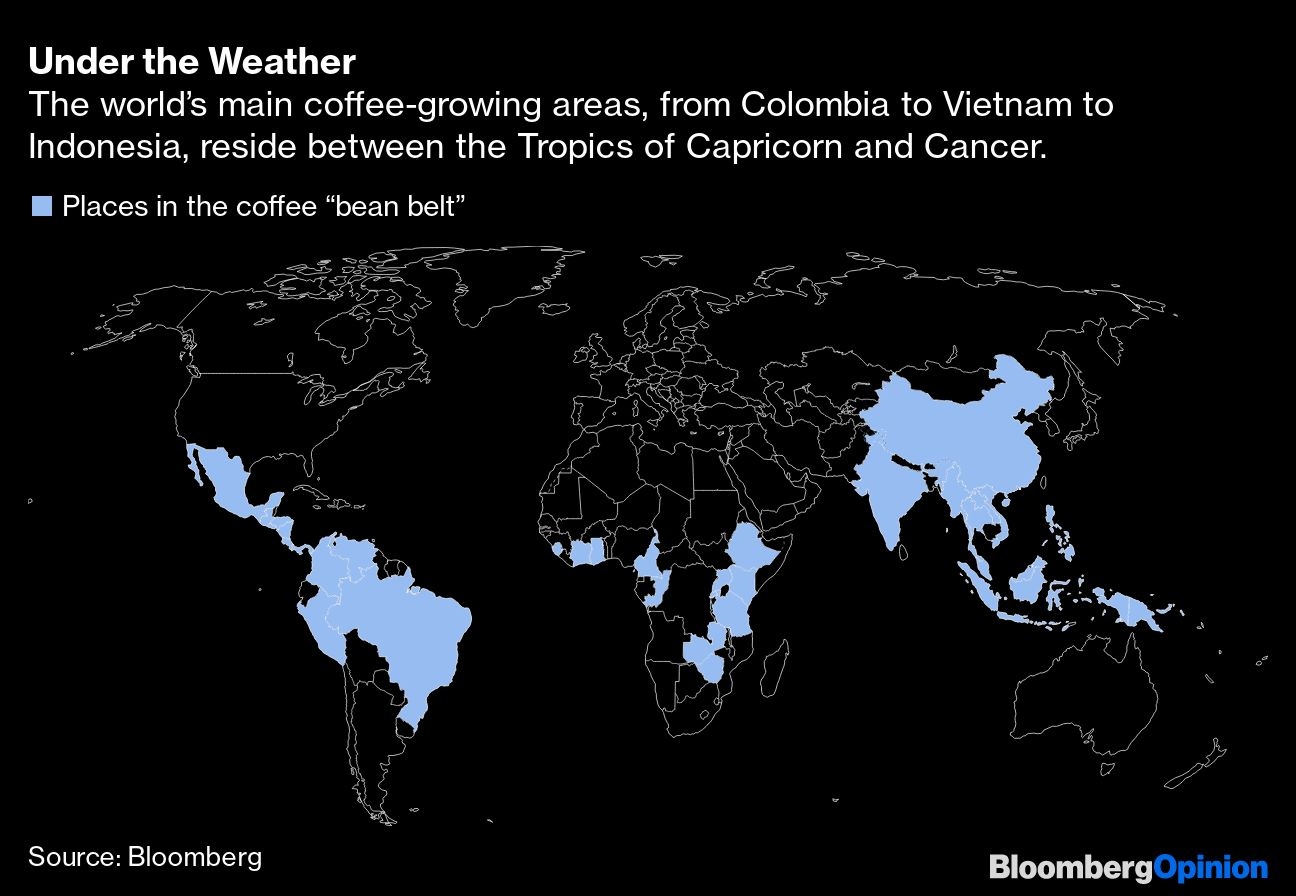 World Coffee Research is launching a global breeding network in 2022 to encourage the development of heartier and more diverse coffee varieties. New biotechnology startups are also using Crispr and other gene-editing tools to jumpstart the long-overdue evolution of this cultivated plant, the genome of which was first sequenced in 2017.

Investors and lawmakers must support significant changes to coffee production to future-proof our supply, and not just in coffee-producing nations — coffee-consuming nations must also join the effort. Survival for the world’s 12 million smallholder coffee farmers — and for the mega-roasters like Starbucks Corp. who depend on their products — will require a blend of traditional, sustainable farming methods and radically new technologies like Crispr to breed climate resilience. Regulators will need to create space for these changes, and consumers of oat milk lattes and nitro cold brews will have to learn to accept them, along with higher prices.

Faster, nimbler breeding methods will play an essential role in saving climate-vulnerable crops for one key reason: Time. Rather than taking a decade or more with conventional breeding methods, gene-editing tools can yield new coffee plant varieties in two to three years.

For context, there are thousands of different varieties of corn and prized foods such as strawberries that have been developed worldwide over the years, each customized to different growing conditions and resistant to particular pests and diseases. Yet there are only a few dozen varieties of arabica coffee, which is known as a finicky “Goldilocks crop” that requires just the right amount of rainfall and specific, mild temperatures to thrive, with distinct heat differentials between day and night to develop quality and flavor.

Beyond its growing challenges, coffee involves a dizzyingly complex supply chain for harvesting, drying, fermenting, storing and importing beans before they’re roasted and brewed. For centuries, the wealthy consumers of the global north have been consuming coffee produced by the far less wealthy farmers of the global south, who receive a tiny fraction of the value of your US$6 triple latte — one of many reasons the farming of coffee production has been so slow to modernize.

Adding to the problem: coffee trees typically produce cherries (the seeds of which we call “beans”) for 25-30 years, so it could take farmers decades to bring in new plant breeds.

World Coffee Research focuses on accepted, conventional “marker-assisted” breeding methods that take a minimum of 12 years to yield new varieties. Conventional methods are far cheaper and more affordable for economically stressed coffee farmers — many of whom are abandoning coffee farming altogether as the crop becomes harder to grow. They also face fewer regulatory barriers than Crispr. But climate pressures are becoming so dire that the industry may not have that much time to adapt.

Swifter progress could come from biotech startups: The UK-based company, Tropic Biosciences, has developed a decaffeinated coffee bean using Crispr to snip out the caffeine gene. CEO Gilad Gershon told me he sees the product, which could be on the market in a few years, as a “gateway to bigger opportunities” to breed climate-resilient coffee varietals that his team is already developing.

Food production in general, from vineyards and maple syrup stands to almonds orchards and tomato farms, have been hit hard by climate change this year. The coffee-producing regions of Brazil and Colombia, in particular, have suffered from weather shocks.

This is bound to hasten acceptance of gene-edited foods, and indeed, markets are beginning to open up in some parts of the world: A Crispr tomato was released in Japan this fall, a Crispr strawberry is coming soon to the U.S. In laboratories, Crispr has been used to create heat-tolerant cattle, pest-resistant wine grapes, and drought-tolerant soy and corn. The upshot: Crispr java in your cup may be all but inevitable. Regulators and consumers — especially in Europe — have been understandably wary of genetic modification of our food. But if they want to ensure the future of coffee, they may to have to accept the advantages.

A slew of other new technologies have been coming into play that deserve investor support: The startup Cropster has developed software connecting smallholder farmers directly to roasters to streamline the supply chain. Demetria has developed an AI-based app that helps growers help assess and manage bean quality. Finnish scientists have developed a beanless lab-grown coffee that could yield an alternative supply.

Every effort to modernize coffee production is important, but breeding new varietals is the most immediate challenge for safeguarding our supply. I shudder to think what would happen to economic productivity in my own household, let alone to our national GDP, if the dark roast ran out