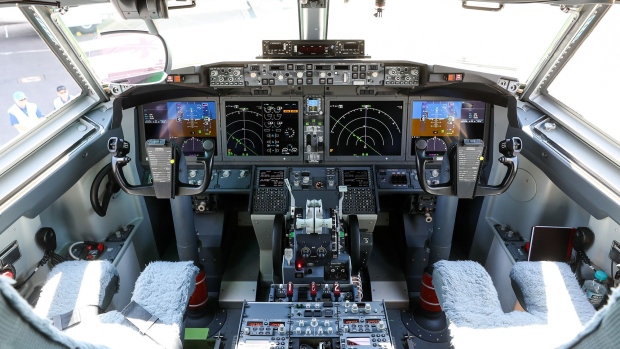 As Tesla shorts continue to cook, it seems Oracle Chairman Larry Ellison’s faith in his friend Elon Musk has paid off, earning him a cool $600 million. Before joining Tesla’s board in late 2018, Ellison bought 3 million shares of the electric-vehicle maker worth $1 billion; now they’re worth more than $1.6 billion, thanks to a 25% surge this year.

The Trump administration plans to restrict the media’s ability to prepare advance stories on market-moving economic data, possibly creating an opportunity for high-speed traders to get the numbers first and profit off the information, raising questions about fairness in the financial markets.

Boeing employees called Lion Air officials “idiots” when the Indonesian carrier asked for simulator training in Boeing’s new 737 Max. The U.S. company persuaded the airline that it wasn’t necessary. The next year, 189 people died when a Lion Air 737 Max plunged into the Java Sea.

Existing tariffs on billions of dollars of Chinese goods coming into the U.S. are likely to stay in place until after this year’s presidential election.

Investors expected the biggest bond-trading desks to bounce back from 2018’s disastrous end. The two top banks more than delivered. But while the glasses clink on the trading floor, American workers continue to suffer. As Tyler Cowen notes in Bloomberg Opinion, real wages in America are barely better than they were in the 1970s.

There are now four Republican senators who want a vote on whether new evidence and testimony should be heard at President Donald Trump’s coming impeachment trial over his attempt to have Ukraine interfere in the 2020 election campaign.

What’s Joe Weisenthal thinking about? The Bloomberg news director said that the skyrocketing stock market seems designed to punish the prudent, inflicting pain on anyone who is still playing it safe.

What you’ll want to read in Bloomberg Pursuits

“Dry January” brings out the weird in bartenders. On the wagon for a few weeks? Well, that isn’t stopping bars with a year-round interest in your wallet. Experimental bartender approaches to booze-free cocktails and changes in decor are being used to fill seats during the slowest booze month of the year.

To contact the author of this story: David Rovella in New York at drovella@bloomberg.net