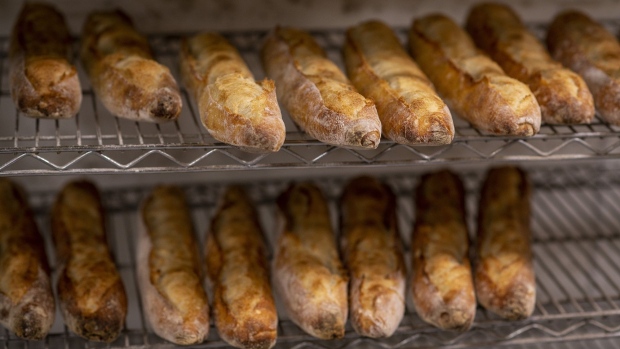 Whether you’re dipping your toes in the water’s edge or thinking that it’s maybe time to consider ironing that shirt for the office tomorrow, here’s something to get you primed for the new week.

The big stat: Consumer prices. Yes, they should have eased a tad in July, thanks to softer gasoline prices, but don’t get your hopes up that the beast is tamed. Around the world, everyone is paying more for just about everything (Europe’s numbers this week will be particularly nasty). And even if we do eventually curb inflation, what next? Eduardo Porter, author of “The Price of Everything: Finding Method in the Madness of What Things Cost,” has sifted through a few ideas, and sorry, the outlook isn’t great.

The big earnings: After Netflix wowed Wall Street with what its chairman called “less-bad results,” it’s the turn of Walt Disney to show whether its streaming service is still coining it in. Also in focus: How the company is navigating the political minefield of ESG after upsetting both Republicans and Democrats.

The big market thought:  Here’s something from BlackRock, specifically from Jay Jacobs, the firm’s US head of thematics and active equity ETFs. He joined Bloomberg’s “What Goes Up” podcast to discuss how investors are hedging against inflation. Among the hot themes: infrastructure asset owners (such as the companies running toll roads or seaports), ag-tech and food innovation (such as the companies developing tools to water crops more precisely.) Oh, and for any Warren Buffett disciples out there, you should know he’s been buying the dip.

The big trip: This involves taking a plane, which admittedly has its own challenges these days, but getting to Edinburgh is always worth it. Especially when it’s the Fringe, aka the world’s largest arts festival. Bloomberg’s Pursuits team has a handy guide of where to get fed and watered, and provides this little nugget of advice: Make time for whisky tastings between performances.

ICYM  our Big Take: Sridhar Natarajan and Max Abelson tell the compelling tale of how Goldman Sachs lost two traders to a hedge fund, and then accused them of accessing sensitive code. They say they’re being baselessly tarnished for leaving together. It appears to be another jarring twist to how Wall Street is plumbing new depths in its war for talent.

And here’s an interesting podcast to take you into Monday. “Bedrock, USA” from Bloomberg CityLab and iHeart Media looks into the rise of far-right movements in local governments across the US.

Have a good week.