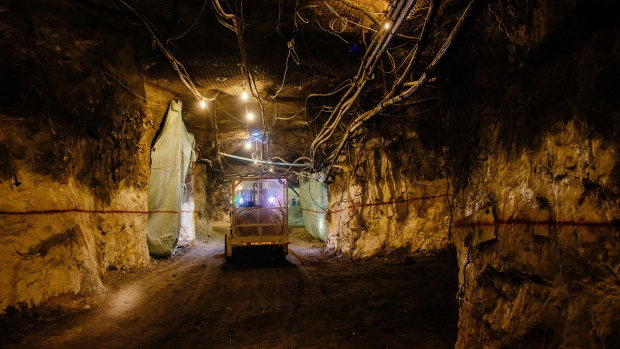 The spending shortfall will shrink to 7.7% of gross domestic product in 2023, from a revised 9.8% forecast for this year, Musokotwane told lawmakers Friday in Lusaka, the capital. Restructuring the royalty system in Africa’s second-biggest copper producer will cost the government 2.8 billion kwacha ($178 million) in lost revenue next year, he said.

First Quantum Minerals Ltd., which accounts for more than half of Zambia’s copper production, stands to benefit the most. Its shares gained as much as 4.9% in Toronto. President Hakainde Hichilema’s government has taken a more business-friendly approach than his predecessors since coming to power last year, and trying to incentivise mining output has been central to its plans.

Zambia became Africa’s first pandemic-era sovereign defaulter in 2020. Musokotwane’s budget on Friday was his first spending plan to lawmakers since the nation last month secured a $1.3 billion bailout from the International Monetary Fund and received assurances from official bilateral creditors that they’re willing to negotiate a debt restructuring.

The government plans to spend 167.3 billion kwacha in 2023, Musokotwane said. About 111.6 billion kwacha of that will come from revenue, and the rest from grants and borrowing. While Musokotwane allocated 18.2 billion kwacha to external-loan servicing next year, that doesn’t take into account debt restructuring and will be subject to change once agreement is reached with creditors, he said.

Zambia has so far made slow progress in efforts to rework its external liabilities that totaled $17.3 billion last year. It’s using the Group of 20’s Common Framework to engage with creditors -- a template that required the nation to seek help from the International Monetary Fund. The government has been given assurances by an official bilateral creditors committee that they’re ready to negotiate, thereby unlocking a $1.3 billion IMF bailout.

The government now needs to negotiate with official bilateral creditors a memorandum of understanding for the restructuring, and seek comparable treatment from commercial lenders, including the holders of $3 billion of outstanding eurobonds. Zambia needs $8.4 billion in debt relief through 2025, according to the IMF. The World Bank said this equates to a 45% cut in net present value for creditors.

With prices down by nearly a third from their March peak for copper that the nation relies on for most of its export earnings, Musokotwane’s job has become more challenging. The government in July forecast prices would average $9,374 a ton next year. Copper for delivery in three months sold at $7,452 per ton on Sept. 29.

Zambia uses a sliding scale mining royalty system based on the copper price. Under the planned changes, charges will apply on the incremental value in each adjusted price band, as opposed to the aggregate value, Musokotwane said.

Musokotwane’s other key budget objectives for 2023: