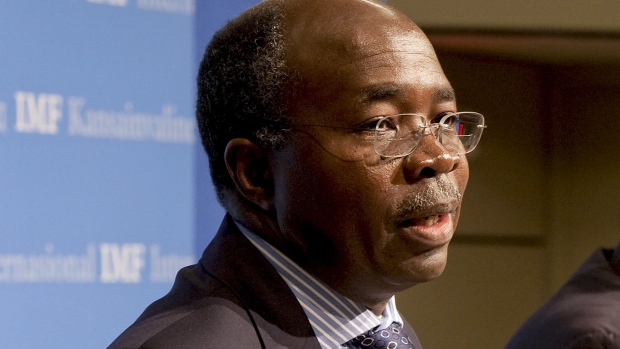 (Bloomberg) -- Zambia’s Finance Minister Situmbeko Musokotwane urged citizens not to fear the tough reforms that will come with the preliminary bailout deal he’s secured with the International Monetary Fund, even if it means fuel and electricity price hikes.

Musokotwane still needs to win final approval from the Washington-based lender’s board, having announced a staff-level deal last week. To do so, he must implement reforms including cuts to gasoline and power subsidies and make progress in talks with creditors on how to restructure about $16 billion in external debt.

“Cool down, don’t be scared,” Musokotwane said at a news briefing Monday in Lusaka, the capital. “You’ll be happy in the next two, three years. You’ll come pat us on our backs and say ‘Oh, we were just scared for nothing’.”

Some citizens are still skeptical of the IMF, and opposition lawmakers have played up the hardship that higher prices may bring, particularly with inflation already close to 20%. A structural adjustment program in the 1990s saw the southern African nation privatize its then loss-making copper mines, with many workers losing their jobs.

Musokotwane has experience dealing with the fund. He oversaw the successful implementation of Zambia’s last economic program with the IMF more than a decade ago during a previous stint as finance minister.

Zambia’s economy grew by a record 10.3% in 2010, helped by soaring prices of copper that accounts for more than 70% of its export earnings. Metal prices have surged again, which should help the government exit external debt default.