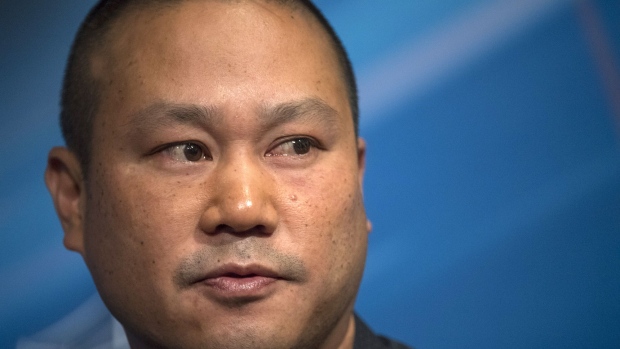 Tony Hsieh, the retired CEO of Zappos.com who revolutionized the online shoe industry and gained notoriety for his company’s unique corporate culture, has died. He was 46.

The cause of Hsieh’s death wasn’t released. Puoy Premsrirut, a lawyer for Hsieh, told news outlets that Hsieh had been injured in a house fire while visiting Connecticut. He was with family there when he died Friday night, KLAS-TV reported.

A Harvard graduate, Hsieh gained success in the dot com era. He joined Zappos in 1999 when it was called ShoeSite.com and led it for two decades. Amazon.com Inc. purchased the company for US$1.2 billion in 2009 and Hsieh remained as chief executive officer until stepping down in August.

Amazon’s purchase of the company signaled Jeff Bezos was both impressed and threatened with Zappos’ fast delivery of online orders and customer service reputation. Hsieh’s success selling shoes online stood out because it was a product people traditionally like to feel on their feet before buying.

“The world lost you way too soon,” Bezos said Saturday on Instagram. “Your curiosity, vision, and relentless focus on customers leave an indelible mark.”

Hsieh was a fixture in the tech speaker circuit and espoused his company’s commitment to “holocracy,” a decentralized management style where decision-making was spread throughout the organization without traditional hierarchy.

He stood out as a non-traditionalist even in an industry known for breaking tradition. He lived in a trailer park in downtown Las Vegas that attracted creative people working on the strip. They’d eat communal meals by a big fire pit and a pet alpaca roamed the park. Hsieh would make random appearances in the park to play a card game with visitors that forced them to pick priorities in their lives.

Tributes swirled on social media from the tech industry, Las Vegas -- where the company was headquartered -- and from President Trump’s daughter. Nevada Governor Steve Sisolak thanked him for helping transform the city, while Ivanka Trump said Hsieh’s originality challenged her to “reject conformity.”

Celebrating the life while mourning the loss of my dear friend Tony Hsieh. Tony was a deeply original thinker always challenging me to reject conformity & follow my heart. Tony was driven by the mission of delivering happiness & brought joy to all who knew him. Rest In Peace Tony pic.twitter.com/Nd5o6U7wV9