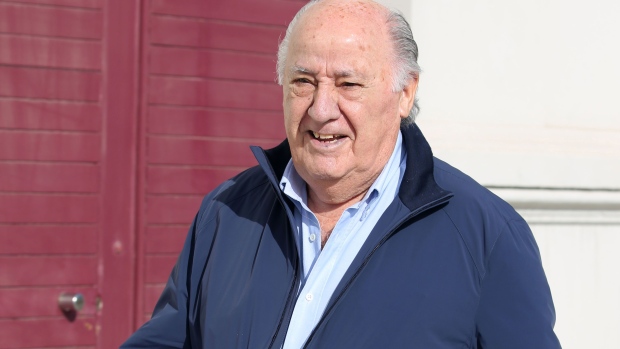 (Bloomberg) -- Zara founder Amancio Ortega has spent over $700 million in recent weeks on a series of logistics acquisitions in what’s shaping up to be one of the biggest bets yet by the Spanish textile tycoon.

Ortega’s family investment company Pontegadea bought five logistics centers in the US states of Tennessee, South Carolina, Virginia, Pennsylvania and Texas from Realty Income Corp. for about $722 million, in a deal reported by Spanish daily El Pais on Tuesday and confirmed by a Pontegadea official.

Those acquisitions come in the wake of previously announced logistics purchases, also from Realty Income, which totaled $183 million. Taken together, the moves mark a strategic step into a new area of real estate from Pontegadea’s traditional focus on buildings such as apartments and office towers.

The US logistics market has boomed in recent years thanks to the e-commerce push spurred in large part by Amazon.com Inc., with investors including KKR & Co. and Blackstone Inc. snapping up warehouses and industrial properties.

Rents on industrial properties rose 21% in the second quarter from a year earlier, with leasing volume up 6%, according to a report by Jones Lang LaSalle Inc. Pontegadea’s recently purchased logistics plants have long-term lease agreements with global players including Nestle SA, Amazon, and FedEx Corp.

Ortega has made a number of big real estate deals this year, including paying about $500 million for a 64-floor luxury apartment building in New York and agreeing to buy Toronto’s Royal Bank Plaza skyscraper for about C$1.2 billion.

Ortega’s fortune is valued at more than $46.8 billion, making him the 24th richest person in the world, according to the Bloomberg Billionaires Index.

Pontegadea ended 2021 with a portfolio of 15.3 billion euros ($15.5 billion) in property holdings, mainly premium commercial real estate in major cities across the world.

The foray into logistics comes as the Spanish textile giant diversifies more broadly, with a range of deals including an investment in a Telefonica SA-owned subsea telecoms operator and moves in the energy business, in renewable power, electricity transmission and natural gas transport.

The bulk of Pontegadea’s income comes from Ortega’s stake in Zara owner Inditex SA, the world’s largest apparel retailer, which owns a range of clothing brands.

(Updates with logistics background starting in fourth paragraph, net worth in seventh paragraph.)