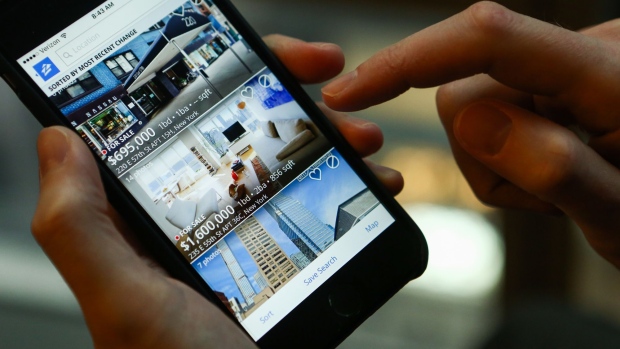 The Zillow Group Inc. application is displayed on an Apple Inc. iPhone in an arranged photograph taken in New York, U.S., on Monday, Feb. 8, 2016. , Bloomberg

(Bloomberg) -- Zillow Group Inc. shares fell as much as 12% in after-market trading after the company’s guidance for third-quarter adjusted earnings before interest, taxes, depreciation and amortization missed analyst estimates.

To contact the reporter on this story: Patrick Clark in New York at pclark55@bloomberg.net

To contact the editors responsible for this story: Debarati Roy at droy5@bloomberg.net, Rob Urban