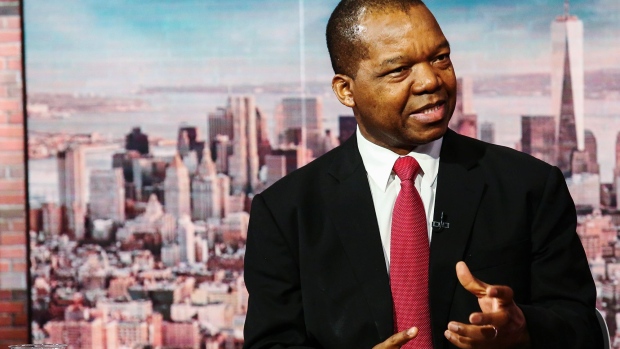 (Bloomberg) -- Zimbabwe’s central bank raised its benchmark interest rate to 60%, from 40%, as it attempts to stabilize a free-falling currency and rein in surging inflation.

The decision comes 17 days after the central bank hinted it would implement a plan to curb speculative borrowing that’s fueled a decline in the value of the Zimbabwe dollar. The southern African nation last hiked its key interest rate in February.

The Monetary Policy Committee “expressed concern regarding the recent increase in month-on-month inflation, driven mainly by the resurgence in the volatility of the parallel-market exchange rate,” central-bank Governor John Mangudya said in a statement on the monetary authority’s website. The inflation rate rose to 54.5% in the year through October, from 51.5% the previous month, he said.

Zimbabwe’s dollar has plunged on the parallel market to about Z$180 per U.S. dollar, more than double the official exchange rate of Z$88.55. Instability in the foreign-exchange market is being driven by an unrelenting increase in money supply, increasing imports and long delays in settlement at the central bank’s weekly currency auction, according to the Confederation of Zimbabwe Industries, the country’s largest business lobby group.