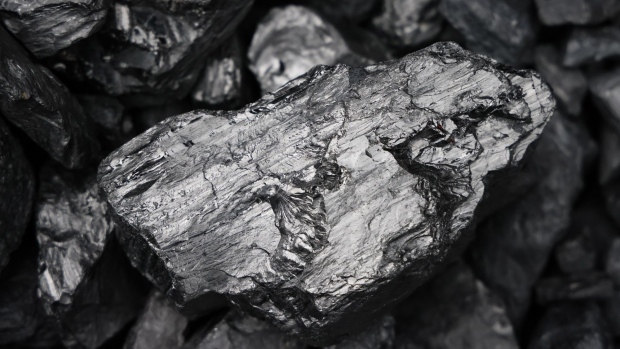 Excavated coal at the Krasnogorsky open pit coal mine, operated by Mechel PJSC, in Mezhdurechensk, Russia, on Monday, July 19, 2021. Russia’s government is betting that coal consumption will continue to rise in big Asian markets like China even as it dries up elsewhere. Photographer: Andrey Rudakov/Bloomberg , Bloomberg

Zimbabwe’s state-owned power utility expects to complete the addition of coal-fired units next year, bucking a global trend to reduce reliance on the fossil fuel.

The $1.5 billion expansion by Zimbabwe Power Company and China’s Sinohydro will finish one unit next year in September and another in December, adding 600 megawatts. That’s intended to replace 920 megawatts of existing capacity prone to breakdowns, according to Forbes Chanakira, site manager for the Hwange Power Expansion project.

The government’s strategy “is to ensure we improve the reliability of the existing coal plant while at the same time embracing renewable technology,” Chankira told Bloomberg in an interview at the plant.

The project, which has been in the works for years, demonstrates how some developing nations will continue burning coal until funding is made available by richer countries to switch to cleaner energy. Neighboring South Africa is also completing some of the world’s biggest stations that run on the fuel and would need $20 billion to retrofit its fleet to cut pollution.

The Hwange plant in Western Zimbabwe has been flagged for emitting excessive pollutants and a flue gas desulfurization unit will be installed, which will meet World Bank standards, according to Lucia Chibanda, an engineer with ZPC.

China Eximbank will provide a 20-year loan of almost $1 billion at a 2% annual interest rate, Chanakira said. ZPC has to raise $315 million for project development costs from its own resources and loans from African Export-Import Bank and Standard Bank Group Ltd., he said.

The project is currently 72% complete after work slowed due to the Covid-19 pandemic.