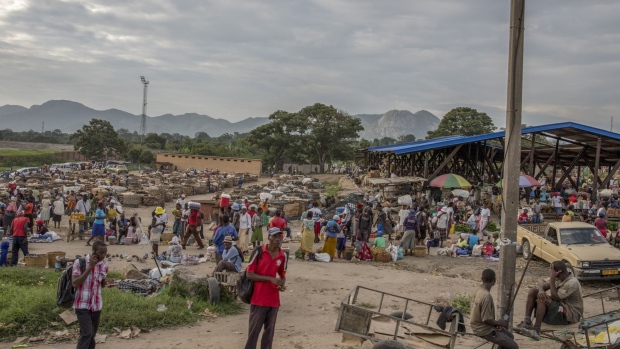 Shoppers and vendors at Sakubva market in Mutare, Zimbabwe, on Thursday, Jan. 30, 2020. The biggest diamond miner in Zimbabwe said it will be able to increase production of rough gems by about 30% to 3 million carats this year thanks to improved mining methods. , Bloomberg

The last economic measures Mnangagwa announced on May 7 led to a ban on all lending by banks, as they were blamed for fueling a collapse in the local currency. Annual inflation in the southern African nation rose to 132% in May -- breaching triple digits for the first time in 10 months.

The price of basic goods including bread has soared, prompting the central bank last week to offer bakers access to foreign currency in order to curb increases. The energy regulator on Friday announced a second increase in a month in gas prices.

The Zimbabwean dollar has weakened 70% this year against the US dollar, making it Africa’s worst performing currency. The local unit officially trades at Z$355 per US dollar, but changes hands for between Z$500 and Z$670 on the parallel market, according to ZimPriceCheck.com, a website that tracks both the official and unofficial rates.