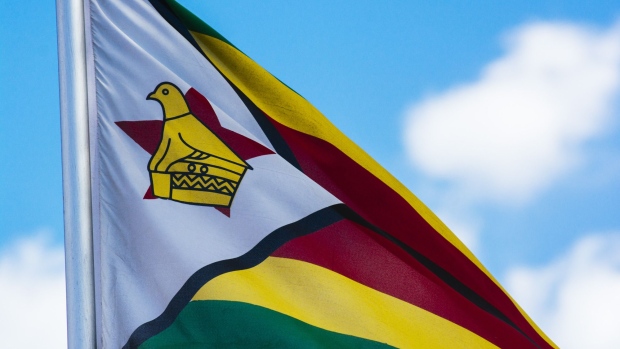 A Zimbabwean national flag flies in Harare, Zimbabwe, on Tuesday, July 31, 2018. Zimbabwe's main opposition party said it was well ahead in the first election of the post-Robert Mugabe era and it's ready to form the next government, as unofficial results began streaming in. Photographer: Waldo Swiegers/Bloomberg , Bloomberg

Zimbabwean nationals living in South Africa are being threatened and coerced into leaving the country.

The Zimbabwean embassy and two of its consulates received reports from some of its nationals living in South Africa that they got threats including forced eviction if they don’t leave by a certain date, according to a statement posted on the Foreign Ministry’s Twitter feed on Wednesday.

“The embassy and the consulates urge all Zimbabwe nationals in the Republic of South Africa to be vigilant and to be law abiding,” it said.

South Africa, the continent’s most industrialized nation, has a difficult relationship with migrants from elsewhere in Africa who are drawn to its relative wealth. In 2008, about 60 people died and 50,000 were displaced in a wave of xenophobic violence with foreigners blamed for everything from unemployment to poor government services.

There were similar riots in 2015 and again in 2019, when President Cyril Ramaphosa was forced to apologize to other countries who were appalled by the treatment of their nationals.

The country of about 60 million people is home to almost 3 million migrants, according to government and United Nations data.