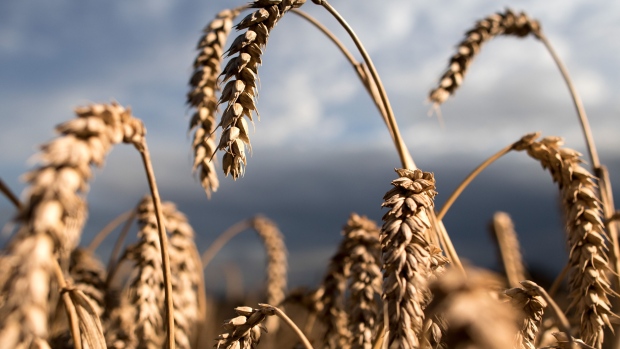 (Bloomberg) -- Zimbabwe’s wheat crop will probably plummet by about two thirds from last season thanks to a combination of the worst drought in almost 40 years and a severe power shortage that has crippled irrigation, according to an industry official.

“We are going to be producing around 60,000 tons this year because of the power cuts,” Graeme Murdoch, the vice chairman of the National Wheat Contract Farming Committee, said in a phone interview. Last year the country produced about 160,000 tons of the grain.

The southern African nation relies on hydropower from the Kariba plant for about half of its needs, but output has dropped to 190 megawatts compared with its 1,050 megawatt capacity as the dam’s water level has dwindled. Besides daily power cuts of as long as 18 hours, the amount of irrigable land for the winter crop is now just 28,000 hectares compared with a targeted 75,000 hectares, Murdoch said.

While the government initially granted private importers permission to buy 100,000 tons of the grain before a directive making state-owned Grain Marketing Board the sole importer of wheat is implemented, it also almost doubled the farmgate price of corn and wheat. The country needs to import 375,000 tons to meet national demand of 450,000 tons, according to the Ministry of Agriculture.

To contact the reporter on this story: Godfrey Marawanyika in Harare at gmarawanyika@bloomberg.net

To contact the editors responsible for this story: Gordon Bell at gbell16@bloomberg.net, Hilton Shone, Jacqueline Mackenzie