Zinc’s recent price run may still be in its early stages - BNN Bloomberg
{{ currentBoardShortName }}
Markets
As of: {{timeStamp.date}}
{{timeStamp.time}} 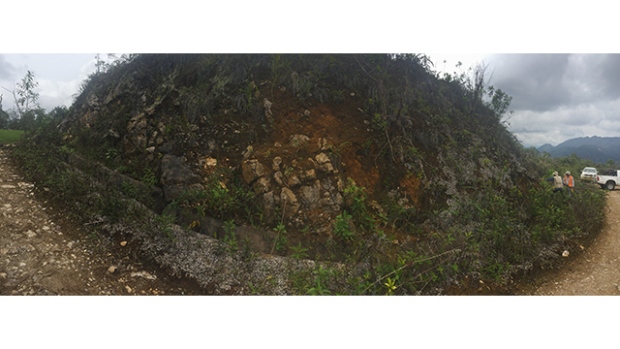 Zinc prices have hit some headwinds in recent weeks, but if the past is a prelude, the bull market for zinc may just be getting started.

The price of zinc has increased as much as 114 per cent since the beginning of 2016. And while turbulence in the global steel market due to the Trump tariffs appears to have impacted zinc in the short term, the long-term fundamentals continue to line up for the metal.

Two of the biggest zinc mines in the world — the Century Mine in Australia and the Lesheen Mine in Ireland — have closed recently, and production at some smaller zinc mines is slowing as well. More capacity is coming online, but not enough to replace what has been lost.

On the demand side, despite the recent hiccup for steel prices, long-term trends driven by infrastructure buildout in China, India, and elsewhere in the developing world continue to support production of the galvanized type of steel that drives zinc prices.

With zinc being mulled as a possible substitute for lithium or vanadium redox batteries, a combination of a strong global economy and new use cases for zinc make it a metal to watch in the next few years.

Investors looking to leverage this trend will naturally look to the junior equities. One company likely to get a closer look at in a period of rising zinc prices is Zinc One Resources Inc. (TSX.V: Z).

In a world where most of the world’s zinc is mined in conjunction with other metals, Zinc One has secured a project in Peru, the Bongará Zinc Mine project, that contains a zinc-predominant historical resource. That fact makes the company one of the few pure play zinc stories out there.

Bongará is a past-producing zinc mine that was in operation from 2007–2008 but was shut down due to low zinc prices.

Zinc One’s management team is level-set on getting the mine back into production in the next two years.

To that end, the company recently embarked on a drilling program to bring the resource-hosting portions of Bongará up to NI 43-101 compliance standards. In doing so, it also hopes to outline about 1.5 million to 2 million tonnes of high-grade material.

Zinc One’s President and CEO Jim Walchuck notes, “That size would give Bongará a seven- to nine-year mine life. If we can get that tonnage at 21 per cent zinc, that equates to 50,000 tonnes of concentrate per year.”

That’s a solid annual rate of production, one that owes to those very high zinc grades.  Adds Walchuck, “Because of the high grades involved, you don’t have to mine a lot get a lot of zinc.”

Adding to Bongará’s allure is its location in Peru — one of the world’s leading mining jurisdictions.

Peru has a steadily growing economy that is largely driven by its mining endowment. The country has an attractive legal and tax regime, and a foreign investment law that guarantees the security of foreign and domestic investments.

In addition, the communities around the Bongará project have had the experience of seeing a mine built, closed, and remediated, so they are supportive of a potential re-opening of a mine in the vicinity.

That enthusiasm will no doubt be enhanced by Zinc One’s decision to pursue a coal-fired Waelz kiln technology to process the ore from the mine.

Walchuck says, “With a Waelz kiln, the heat for the process comes from anthracite coal, which we’ve already identified a source of on the way from the mine to the port at Salaverry. The idea is to send concentrate down to the port and then pick up coal for the kiln on the way back up.”

Taking that route for production should help keep initial capital expenditures at Bongará low. With zinc recoveries approaching 95 per cent and the leftover slag likely a dormant product re-usable as paving material, this technology will be low cost with minimal environmental impact.

Moving Rapidly Toward a PEA

The project has completed over 1,100 metres of drilling on the Mina Grande Sur and Bongarita targets. Program-best zinc grades from that effort have ranged between 16.0 per cent and 43.6 per cent.

Plus, the best results released so far from this program have come at or near the surface. These results should help Zinc One in its goal of outlining a compliant (and potentially profitable) resource on Bongará.

According to Walchuck, that study should come out toward the end of the company’s second quarter or sometime in its third quarter. He adds, “Next, we’ll produce a preliminary economic assessment that should show Bongará to be economically viable. From that point, we’ll either drill more or, potentially, go straight to feasibility.”

The company’s goal is to turn the project into a cash flow generator as quickly as possible.

And then there’s the longer-term potential of Zinc One Resources Inc.’s (TSXV: Z) Charlotte-Bongará property, which lies six kilometres northwest of current drilling. That area has also demonstrated high zinc values and could be part of a later phase of drilling to add tonnage to the operation at Bongará.

“All Four Legs of the Chair”

In describing the chances that Bongará will again become a working zinc mine, Jim Walchuck relates a viable mining project to a chair.

“There are four legs on the chair, and you need to have all four. The first leg is: are you in a good jurisdiction? The next is: do you have a technically viable project? The third leg is: are there any environmental issues? And the fourth is: is the community on board? In my opinion, Bongará checks all the marks.”