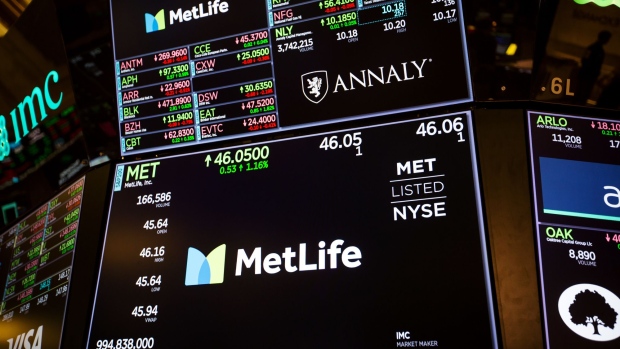 (Bloomberg) -- Zurich Insurance Group AG has emerged as the front-runner to buy a majority stake in the Malaysian insurance business of US insurer MetLife Inc. and Kuala Lumpur-listed AMMB Holdings Bhd., according to people with knowledge of the matter.

A deal could value AmMetLife Insurance Bhd. at about $400 million and would need approval from the Malaysian central bank, said the people, who asked not to be identified as the process is private. Singaporean insurer Great Eastern Holdings Ltd. also remains interested in buying the roughly 70% stake, the people said.

Should a transaction materialize, MetLife would exit its investment in AmMetLife while AMMB would retain a 30% stake, one of the people said. Bank Negara Malaysia’s guidelines limit overseas companies to a maximum holding in local insurance firms of 70%.

Deliberations are ongoing and the companies could still decide not to proceed with the transaction, said the people. A spokesperson for AmBank said if it has anything pertinent to announce, the bank will undertake the necessary disclosure. A Zurich representative declined to comment.

“We do not comment on market rumor or speculation,” a representative for MetLife said in a statement.

MetLife and AMMB teamed up to form their Malaysian insurance partnership AmMetLife in 2014, its website shows. The parties started gauging interest for the potential divestment of the jointly owned company in 2020, Bloomberg News has reported.

AmMetLife offers life insurance and wealth protection services through more than 200 AmBank and AmMetLife branches in the country, according to its website. Its gross earned premium was about 617 million ringgit ($141 million) for the fiscal year ended March 31, a 4.4% increase from a year earlier, its latest financial report shows.

MetLife unloaded its Hong Kong units to FWD Group Holdings Ltd. in 2020 for an undisclosed amount. The US insurer’s Asian operations currently include businesses in China, Japan and South Korea, its website shows.

--With assistance from Max Reyes.

(Updates with number of branches in seventh paragraph.)