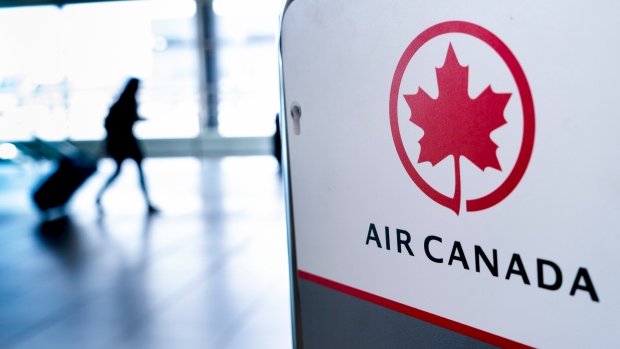 A lone passenger walks past the Air Canada check-in counter at Montreal-Trudeau International Airport in Montreal, on Wednesday, April 8, 2020. Air Canada plans to rehire 16,500 laid-off workers via Ottawa's emergency wage subsidy, though the vast majority will remain at home amid the collapse of global travel triggered by the COVID-19 pandemic. , THE CANADIAN PRESS/Paul Chiasson

MONTREAL - Air Canada had more refund-related complaints to the U.S. Department of Transportation than any other foreign carrier in June, and the second-highest number of any airline for the second-straight month.

The department says Air Canada was the target of 1,028 refund complaints or 13 per cent of the 7,811 filed against non-U.S. airlines in the month, outpacing more than 90 foreign carriers in the category.

Chicago-based United Airlines was the only airline with more refund complaints, at 1,467.

Along with other Canadian carriers, Air Canada has refused to reimburse most customers whose flights were cancelled due to the COVID-19 pandemic since Ottawa has not made such refunds mandatory.

The U.S. and European Union require airlines to refund these passengers, meaning complaints to the U.S. regulator are a potential path to reimbursement for some Air Canada customers.

Air Canada's passenger volume on flights with a U.S. component rank behind British Airways and Lufthansa for international carriers and behind four U.S. airlines.