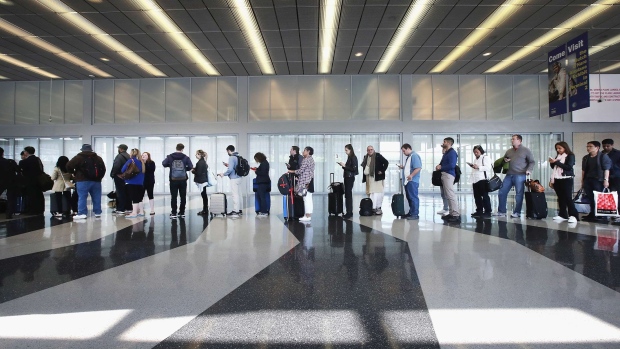 The only issue? As powerful rewards cards such as the Platinum Card from American Express and Chase Sapphire Reserve began offering bigger perks and faster redemptions, airlines and their credit-card issuers got left in the dust. Add devalued frequent-flier programs—which began prioritizing dollars spent, rather than miles flown—and it’s easy to see why airline-sponsored plastic lost its luster.

Enter the new generation of airline credit cards. They’re not for everyone—but this time, that’s the point. With new earning opportunities and perks valuable to both very frequent and very casual travelers, they’re an aggressive bid to attract new cardholders, retain existing ones, and cement loyalty among their fans.

The first step in overhauling airline cards was to stop thinking about them as just airline cards and view them more broadly as travel cards.

“When deciding what benefits to add, we have to look across the industry,” says Luc Bondar, United’s president of MileagePlus. That means adding earning bonuses for purchases beyond flights and catering more holistically to the frequent traveler.

With the United Explorer card from Chase, specifically, that translates to card holders earning two miles per dollar spent at hotels and restaurants—a category that Points Guy founder Brian Kelly (for whom this writer has previously worked) says has become especially important for airline cards. But just as crucial, according to Kelly, is “improving airline-specific perks like free checked bags, priority boarding, and the ability to earn elite-qualifying miles.”

To that end, United Explorer now offers a 25% discount on all in-flight purchases and credits for Global Entry and TSA PreCheck applications.

For one example, Barclaycard's American AAdvantage Aviator Red card now includes $25 back each year in statement credits toward in-flight Wi-Fi purchases and the ability to earn a $99 companion travel certificate by spending $20,000 on the card in a year. It also features a program called Flight Cents, which rounds up purchases to the nearest dollar and converts the overage into American miles at a discount. (Think of it as the airline equivalent of Bank of America’s popular “Keep the Change” savings program.)

The higher-end American AAdvantage Aviator Silver’s new benefits include refunding cardholders up to $50 each year for in-flight Wi-Fi, granting up to $25 savings per day for onboard food and beverage purchases, and providing two $99 companion certificates for spending $20,000 in a year.

Of course, those perks sometimes come at a cost, with annual fees getting bumped up as much as $100 per year. For that reason, Kelly says, “This isn’t a slam dunk for consumers.”

Delta’s Reserve card in partnership with American Express is also getting a makeover, adding access to Amex’s excellent Centurion lounges and boosting earning bonuses so that airline purchases earn three points per dollar, instead of two. It also covers the cost of Global Entry and TSA PreCheck. For those enhancements, customers will pay a top-tier fee of $550 per year—up from $450.

But Delta and American Express have recognized that this isn’t a deal for everyone. If you don’t travel enough for this to be worthwhile—or aren’t as loyal to a single airline—there are a half-dozen other Delta cards that might better suit your lifestyle.

“The Reserve is for uber-frequent fliers,” explains American Express executive vice president of global consumer partnerships, Eva Reda. “They are on the road a lot and care about comfort, ease, and convenience, so they value the benefits [such as lounge access] that go along with that frequency.”

At the other extreme, the no-fee Blue Delta SkyMiles American Express was launched in 2017, as “an entry-level product for people just starting to travel and get engaged with Delta,” according to Reda. It currently earns two miles per dollar on Delta purchases and at U.S. restaurants, but will begin waiving foreign transaction fees and extend earning that bonus to restaurants worldwide in January. The aim is to make the card attractive enough for relatively new and infrequent travelers to make it their mainstay, even when heading abroad.

In between are Delta-branded offerings such as the family-friendly, $95-a-year Gold card—whose perks include free checked bags—and a $195-a-year Platinum Business card that makes sense for small business owners. (It’s worth noting that these cards’ annual fees will soon go up to $99 and $250, respectively.)

The bet that Delta, American Express, and their competitors are making is on diverse demographics—not just power users. And that, says Kelly, should work to everyone’s benefit.

“As airline cards add perks that only they can offer, bank-issued rewards cards will likely add benefits with new partners of their own,” he says, pointing to Clear and major airport lounge operators as obvious starting points. At the end of the day, he explains, “consumers demand both points and perks.” And even if it comes with a bit more cost, that’s exactly what they’ll be able to get.

To contact the author of this story: Eric Rosen in New York at rosen02@yahoo.com

To contact the editor responsible for this story: Nikki Ekstein at nekstein@bloomberg.net, Justin Ocean