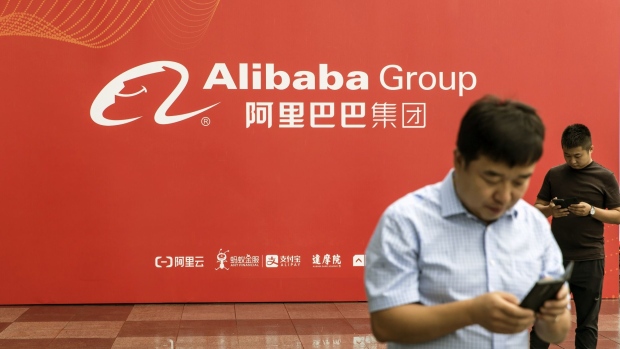 (Bloomberg) -- Alibaba Group Holding Ltd. added Citigroup Inc., JPMorgan Chase & Co. and Morgan Stanley to the sales forces of its Hong Kong listing, according to people with knowledge of the matter.

The Chinese e-commerce giant plans to start taking investor orders on Nov. 15, after its Singles’ Day sale, and price the offering on Nov. 20, the people said, asking not to be identified because the information is private. The deal could raise as much as $15 billion, people familiar with the matter have said.

An Alibaba representative couldn’t immediately comment. Representatives of Citigroup, JPMorgan and Morgan Stanley declined to comment. The timing and size of the offering could change due to market conditions, said the people.

To contact the editors responsible for this story: Liana Baker at lbaker75@bloomberg.net, Shamim Adam, Russell Ward