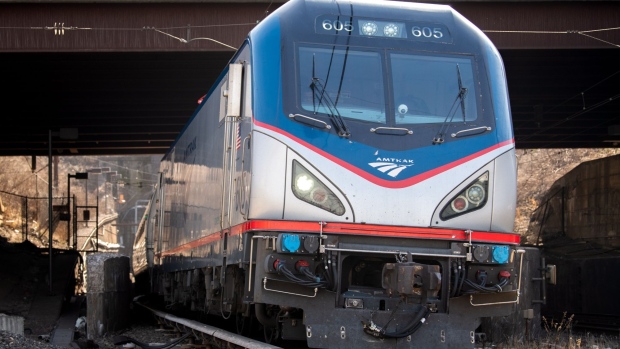 In written testimony for a Senate Commerce Committee hearing Wednesday, Amtrak Chief Executive Officer Richard Anderson said the U.S. Transportation Department is “holding up” plans to replace a New Jersey rail bridge included in the Gateway program by not committing federal funds. He also urged the department to complete an environmental review for a $12.7 billion rail tunnel linking Manhattan and New Jersey.

“We need to get this done and stop the unnecessary red tape. Period,” Anderson said in his prepared remarks.

Gateway’s rail and bridge projects are embroiled in a stalemate over funding between the states, Congress and the Trump administration, which says the federal government can’t devote too much money to it at the expense of other projects.

One hurdle is an environmental review of the replacement tunnel that must be completed before the project can advance. Ronald Batory, administrator of the Federal Railroad Administration, told lawmakers last week that while 95 steps of that review have been completed, it could take another year to address the 27 that remain.

A Transportation Department spokesman said rail and transit agencies continue to work on the tunnel’s environmental impact statement, adding that those reviews across all federal agencies take more than four years on average to complete. He also said sponsors of the Portal North Bridge project must take additional steps to be eligible for federal funds.

The rail link beneath the Hudson River is critical for commuters on New Jersey Transit and Amtrak’s Northeast Corridor, the busiest and most profitable U.S. route with more than 800,000 daily passengers. It sustained severe structural and electrical-system damage from Hurricane Sandy in 2012 and must be shut for repairs. The states are trying to delay that closing until Gateway, a second tunnel, opens.

--With assistance from Shaun Courtney.

To contact the reporter on this story: Ryan Beene in Washington at rbeene@bloomberg.net

To contact the editors responsible for this story: Jon Morgan at jmorgan97@bloomberg.net, Elizabeth Wasserman, Gregory Mott