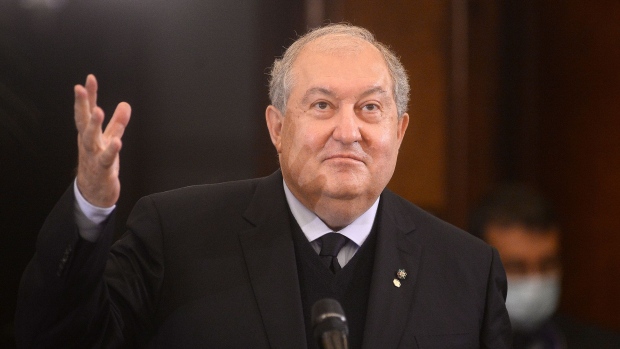 “I thought for a very long time and decided to resign from the post,” Sarkissian said in a video message posted Sunday on the president’s official website.

“At this difficult time for our nation, when national unity is needed, the institution of the president should not be the object of gossip and conspiracy theories, thereby diverting public attention from the most important issues,” Sarkissian said, without offering more detail.

READ: Armenia, Turkey Move to Ease Decades of Enmity at Talks on Ties

Sarkissian, 68, briefly served as prime minister of Armenia in 1996-1997 and was a long-time ambassador to the U.K.

The position of president in Armenia is considered mostly ceremonial, with the bulk of political power resting with the prime minister.

(Updates from first paragraph to show role is largely ceremonial.)