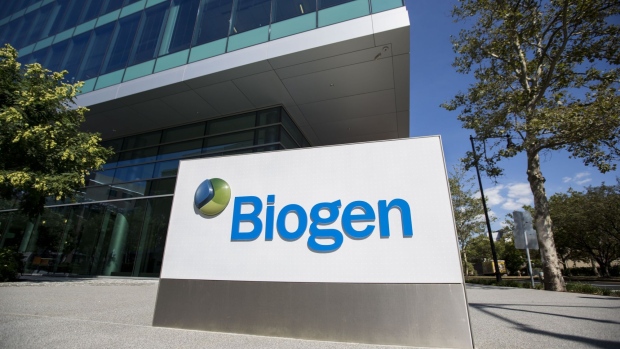 Signage is displayed in front of Biogen Inc. headquarters in Cambridge, Massachusetts, U.S., on Friday, Aug. 5, 2016. Japan's Eisai Co. said that an Alzheimer's drug it is developing with Massachusetts-based Biogen Inc. will enter late-stage trials after getting the green light from the U.S. Food and Drug Administration. Photographer: Bloomberg/Bloomberg , Photographer: Bloomberg/Bloomberg

(Bloomberg) -- Biogen Inc. lost its appeals court bid to revive a key patent on the blockbuster multiple sclerosis drug Tecfidera, which accounted for more than a quarter of the company’s revenue before generic versions eroded its market share.

A trial court was correct when it invalidated a patent on the medicine, the U.S. Court of Appeals for the Federal Circuit ruled.