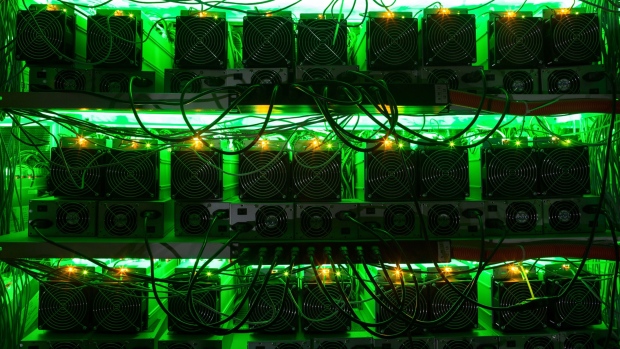 Euphoria around Bitcoin’s break above US$10,000 over the weekend appears to be short-lived.

The largest cryptocurrency found resistance just above that level, reaching as high as US$10,194 on Sunday before pulling back, according to data compiled by Bloomberg. It similarly struggled with that level in September when it crossed US$10,000 -- the month that followed saw it lose more than 14 per cent.

In addition, the token is overbought based on the 14-day relative strength index (RSI), which crossed the 70 mark. Assets are considered overbought if the RSI exceeds 70. Those two factors suggest a potential retreat ahead as the coin struggles to meaningfully break out from its recent trading range.

“It’s a consolidating bull market,” Mike McGlone, an analyst with Bloomberg Intelligence wrote in a recent note. “Volume and open interest in futures, and on-chain addresses used, are primary Bitcoin-adoption metrics that have soundly increased vs. a month ago, supporting price appreciation. The next key story for the benchmark crypto will be its bid to exit the US$8,000-US$10,000 range.”

On Sunday, Bitcoin surged above the US$10,000, marking only the third such major breakout in its history. The first occurred in 2017 before it rose to near US$20,000 and, more recently, it broke above it in mid-2019 before retracing.

Bitcoin was up 1.4 per cent as of 10:44 a.m. in New York to trade around US$9,884. Litecoin and Ether each gained 1.9 per cent, while the Bloomberg Galaxy Crypto Index -- which tracks some of the largest crypto assets, gained 1.8 per cent.