Third-quarter debt underwriting fees unexpectedly surged 19 per cent and the firm’s fixed-income traders eked out a slight increase, pushing profit above analysts’ estimates. Its gains in advisory fees also surpassed rivals in the best quarter for the investment bank in more than two years.

The 27 per cent increase in fees shows progress by the bank’s new corporate and investment-banking chief, Matthew Koder, who’s overhauling the unit after executives admitted last year they had pulled back too much on risk. He’s reinvigorated efforts to clinch more midsize transactions in the U.S. and has been adding dozens of bankers across the division.

Chief Executive Officer Brian Moynihan has expressed confidence in the U.S. economy even as the Federal Reserve cuts interest rates and growth estimates are revised down. Lower borrowing costs are a major headwind for banks, while concerns about a global economic slowdown and trade tensions stymie client activity. 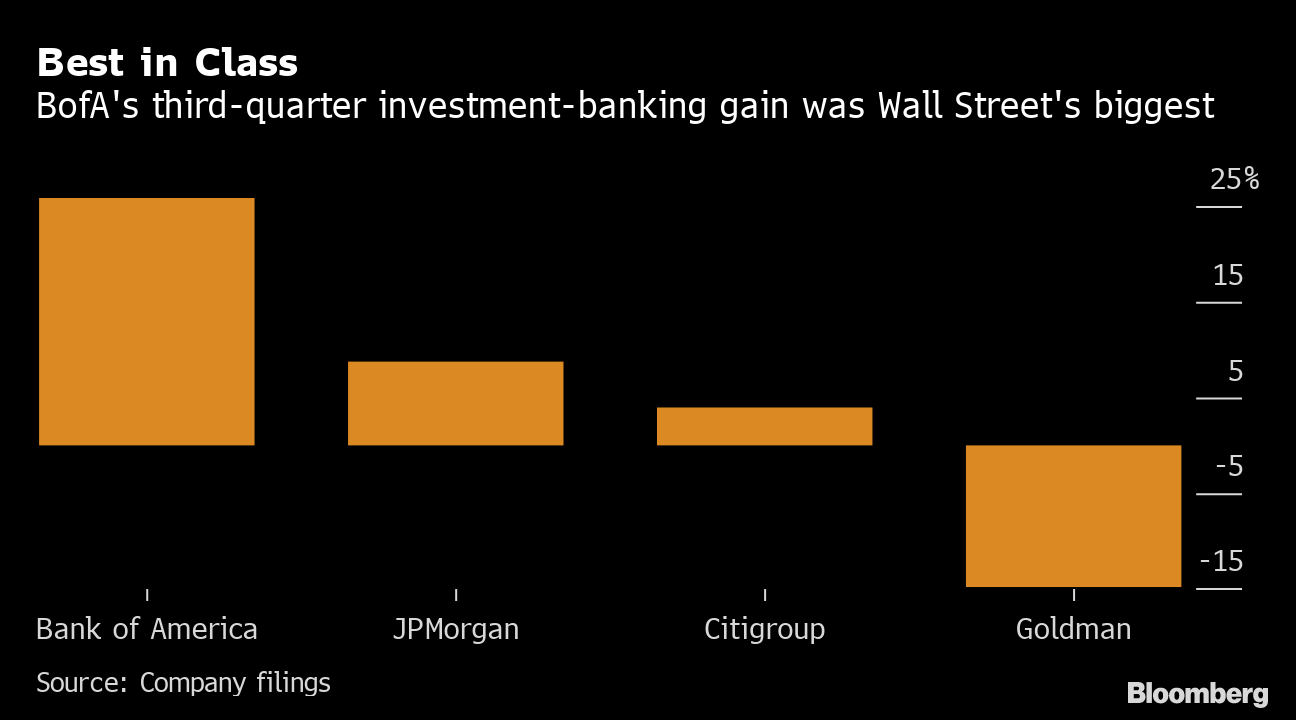 Bank of America shares advanced 1.5 per cent to US$30.17 in early trading in New York at 7:07 a.m. They gained 21 per cent this year through Tuesday, compared with a 17 per cent increase for the KBW Bank Index.

The bank broke its four-quarter streak of record profits as it took a US$2.1 billion impairment charge tied to the end of its payments joint venture with First Data Corp.

JPMorgan Chase & Co. on Tuesday posted a surprise jump in revenue from investment banking, as well as the biggest increase in fixed-income trading revenue in almost three years. But Goldman Sachs Group Inc. reported a bigger drop in investment-banking fees than analysts had predicted, down 15 per cent from last year’s third quarter.

Bank of America’s net interest income -- revenue from customers’ loan payments minus what the company pays depositors -- rose one per cent to US$12.3 billion in the third quarter, matching the average estimate in a Bloomberg survey.