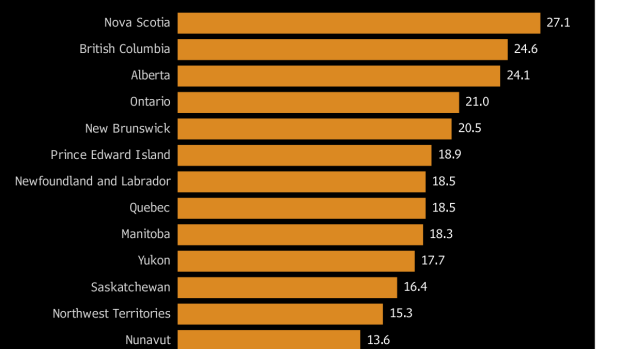 Canadians consumed more than 20 grams of marijuana per person last year, spending $5.6 billion on the product, according to estimates from the government statistics agency

The data on cannabis comes as part of Statistics Canada’s efforts to add production and consumption values to the country’s economic accounts before legalization is expected to take place later this year. About 4.9 million Canadians used weed in 2017 -- spending an estimated $5.6 billion, revised down from $5.7 billion in a January survey.

The report also reaffirmed significant exports of marijuana in 2017, estimated at more than $1 billion. British Columbia accounted for 59 per cent of shipments abroad.

The Ottawa-based agency cautioned that the historical data is “experimental” and drawn from incomplete surveys, given difficulty tracking the illegal part of the market.

The federal government is advancing a bill to legalize recreational marijuana use and is seeking to have the market open later this year.