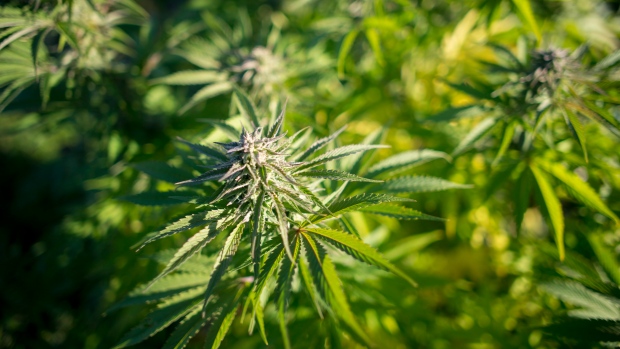 A cannabis plant is shown at Sandy Daviau's outdoor garden, nicknamed the Farmacy, in south-west Quebec on Tuesday, Oct. 8, 2013. , The Canadian Press

An influx of legal outdoor grow operations means there going to be a lot more cannabis grown in Canada this year, possibly extenuating an already-troublesome supply problem. This year, 46 licensed producers can grow cannabis outdoors, almost double the number of licensees from last year, according to Health Canada. Another 70 companies are still waiting for regulatory approvals. All of this means that Canada may see its very own "Croptober" event - a situation where supply from outdoor harvests flood a market already filled with existing production from indoor facilities.

Shares of Canopy Growth fell Monday as several analysts downgraded the stock and revised price targets in reaction to the company's disappointing fourth-quarter results, announced last week. Reports from several analysts including those at Bank of Montreal, CIBC, Royal Bank of Canada, and Desjardins Securities suggest Canopy Growth needs to do more work to regain lost market share in Canada. Stifel analyst Andrew Carter revised his estimate for Canopy's full-year revenue to about $467 million from $568 million, and now has an $18 price target alongside a "sell" rating on the company's stock. Carter said in a report that Canopy's executives "have yet to fully grasp the organization’s challenges" after removing financial targets that forecast the company would be profitable within the next three-to-five years.

Hexo shares soared in early Monday trading, before paring much of those gains, after the company announced that its Belleville, Ont. manufacturing facility was finally issued a licence to sell and process cannabis by federal regulators. Hexo plans to use its Belleville facility to manufacture cannabis-infused beverages under its Truss joint venture with Molson Coors. Truss-infused offerings have been delayed for several months, but Hexo management has previously stated the company will have products available in Canada by the end of the year. Desjardins analyst John Chu said that while the facility getting its licence is a positive step, "the facility is likely to act as a drag on margins [for Hexo] in the short term as it ramps up production."

Toronto-based producer Auxly Cannabis reported its first-quarter results early Monday, with revenue of $9.9 million while booking a net loss of $12.8 million. The company's revenue was derived mostly from "Cannabis 2.0" sales in the quarter - roughly $8.2 million of which came from Auxly's vapes and chocolate edibles. Raymond James analyst Rahul Sarugaser said Auxly posted the highest "Cannabis 2.0" sales of any Canadian licensed producer to date. However, Auxly's costs loomed over revenue in the quarter, with selling, general, and administrative expenses at $14.0 million, up from about $11 million a year earlier. 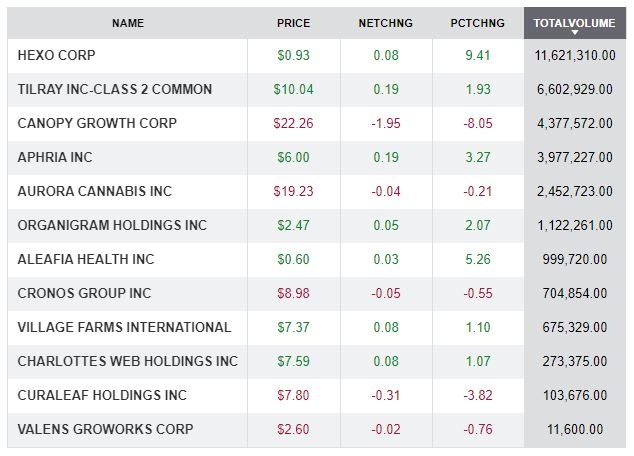