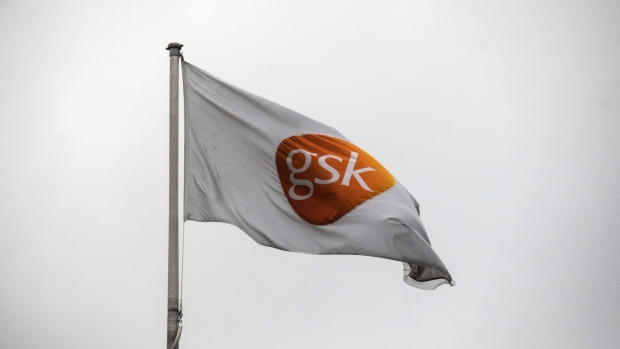 The GSK company flag flies outside the GlaxoSmithkline Plc Research and Development center in Stevenage, U.K., on Tuesday, Nov. 26, 2019. Glaxo is exploring the trillions of microbes that inhabit the gut in pursuit of novel ways to prevent some of the world’s most common ailments. Photographer: Simon Dawson/Bloomberg , Bloomberg

(Bloomberg) -- Private equity firms can look forward to a rich hunting ground for deals in 2022 as Europe’s corporate titans seek ways to shed businesses, according to one of Carlyle Group Inc.’s top dealmakers in the region.

Big companies are being forced to reassess their portfolios as consumer habits change and the corporate world responds to digitalization, a shift to clean energy and fallout from the Covid-19 pandemic, said Marco De Benedetti, co-head of Carlyle’s European buyout team, in an interview.

“We think those are the key drivers of what is really going on and monetary policy can be an accelerator more or less but not the key driver,” De Benedetti said. “Those structural changes make us very excited. This is an environment where businesses need to rethink and are threatened by disruption and newcomers.”

That could fuel a continuation of the record $300 billion-plus buying spree that private equity firms have been on in Europe since the start of last year.

GlaxoSmithKline Plc last week saw Unilever Plc drop a 50 billion-pound ($68 billion) pursuit of its consumer products division, which includes brands like Advil painkillers. While the U.K. drugmaker continues to pursue a listing of the business, its Chief Executive Officer Emma Walmsley remains under pressure from activist shareholders to consider an outright sale. Unilever, meanwhile, is looking to refocus around health, suggesting possible divestitures in its food operations.

Carlyle is among the private equity groups seen as likely suitors for Glaxo’s consumer arm, Bloomberg News reported last year. The U.S. firm is looking for opportunities in Europe where a large corporate is planning to offload a division, according to De Benedetti, who said it’s one of the few able to take on large, multi-jurisdictional deals.

Carlyle’s flagship European buyout funds rose around 50% last year, with about 2.8 billion euros ($3.2 billion) returned to investors through the sale of assets or dividend recapitalizations. The Washington D.C.-based buyout firm has similar targets for 2022. The year was so busy that Carlyle had to urge its staff to take time off in August and over the Christmas period.

The pace of selling is being driven in part by institutional investors like pension funds being over-allocated to private markets following a years-long bull run in the asset class, De Benedetti said. This is leading to a so-called denominator effect, where some are having to offload assets to bring portfolios back in line with benchmark weightings.

To be sure, private equity firms are still enjoying a buoyant fundraising market and Carlyle is preparing a record European buyout fund at about 7.5 billion euros, Bloomberg has reported. Fundraising for Carlyle Europe Partners VI will begin later this year, people familiar with the matter said previously.

Carlyle recently rejigged the leadership of its European team, promoting Max Caraffa and Benjamin Deshayes to partner. Its health-care deal team head Simon Dingemans moved to a senior advisory position, with his role taken up by Carlyle veteran Philipp Meyer, according to a company statement.

“I am 200% committed but am going to turn 60 this year, so we always need to think about the future,” said De Benedetti. “We have seen too many times in our industry where the old guard is not paying sufficient attention to the next generation and become a little selfish.”