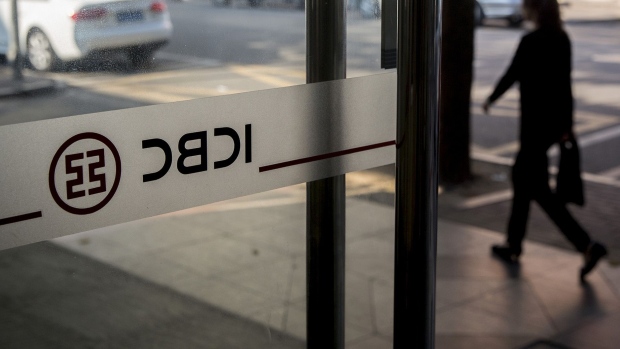 (Bloomberg Opinion) -- China is attempting to create its own JPMorgan Chase & Co. The ambitions could prove hard to satisfy.

Regulatory authorities may allow some of the largest commercial lenders into the brokerage industry to perform services that include investment banking, underwriting initial public offerings, retail brokering, and proprietary trading, local media outlet Caixin reported. With capital markets flailing and direct financing struggling to take hold as debt rises across the economy, what better way than to bring in its trillion-dollar whales to boost the financial sector?

There is logic to this. Size matters, and the volumes could lead to success. China’s banks have more than $40 trillion in assets; the securities industry’s amount to around 3% of that. The largest lender, Industrial & Commercial Bank of China Ltd., had 32.1 trillion yuan ($4.5 trillion) in assets and 650 million retail customers as of March, according to Goldman Sachs Group Inc. The biggest broker, CITIC Securities Co., had 922 billion yuan and 8.7 million retail clients. Banks have thousands of branches with deeper distribution channels.

But banks are the load-bearing pillars of China’s financial system. Regulators have asked lenders to show leniency with hard-up borrowers and to forego profits in the name of national service, in both tough and normal times. Granting brokerage licenses could help them create another channel of (small) profits.

Banks stepping in where brokers have failed could help the broader capital markets. In theory, commercial lenders know how to deal with different types of risk, like with the ups and downs in the value of a security and market movements. They’re already big participants in bond markets and have access. Bringing banks into mainstream brokering could help reduce the intensity of risk associated with the trillions of dollars of credit being created in China every month. It may also help solve a persistent problem: the inefficient allocation of credit that has led to mispriced assets.

All of this is contingent upon the banks pulling their weight. Going by past experiments, they haven’t brought the heft that Beijing had hoped. Consider China’s life insurance industry. It took bank-backed players in this sector a decade to build a foothold. Their market share grew to 9.2% last year from 2.5% in 2010. The brokerage arms of Chinese banks in Hong Kong have fared little better. Bank of China International Securities, set up in 2002 by Bank of China Ltd., remains a mid-size broker by assets and revenue, Goldman Sachs says. Top executives come from the bank; related-party transactions with the parent account for just about 14% for underwriting business and around 39% for income from asset management fees.

Catapulting ICBC to the same stature as JPMorgan — a full service bank with a 200-year history — may take a while. The American financial giant has hired big, and opportunistically built out businesses. It bought and merged with firms like Banc One Corp. and Bear Stearns Cos. and is in consumer banking, prime brokerage and cash clearing. The services it offers run the gamut of credit cards, retail branches, investment banking, and asset management. Shareholders have mostly rewarded the efforts.

For China’s biggest lenders, conflicting and competing priorities will make this challenging. They’re already being required to take on more balance sheet risk, lend to weak companies and roll over loans while maintaining capital buffers, keeping depositors happy and essentially martyring themselves. Now, they’ll be adding brokering at a time when traditional revenue sources are shrinking in that business. And it won’t happen overnight, or even in the next two years. As for brokers? Their stock prices dropped on the news that banks would be wading into their territory.

Beijing’s efforts to shore up its capital markets may look OK on paper, but they’re increasingly muddled and interests aren’t aligned. As China attempts to make its financial sector more institutional and less fragmented while it’s also letting in foreign banks and brokers, allowing the big homegrown institutions to do more, with additional leeway, doesn’t necessarily make for a stronger system. As I’ve written, experiments like these can have unexpected results.

Over time, it won’t be surprising to see China’s large brokers and banks start looking very similar; for instance, big securities firms becoming bank holding-type companies, as one investor suggested. That may be a laudable goal for Beijing, but is it realistic? And does it take into account the problems on the financing side, such as misallocation and transmission? Ultimately, none of this really gets at one big problem: unproductive credit.All the while, regulators are inviting in the likes of the actual JPMorgan Chase and Nomura Holdings Inc. and giving them bigger roles. China won’t be ready.