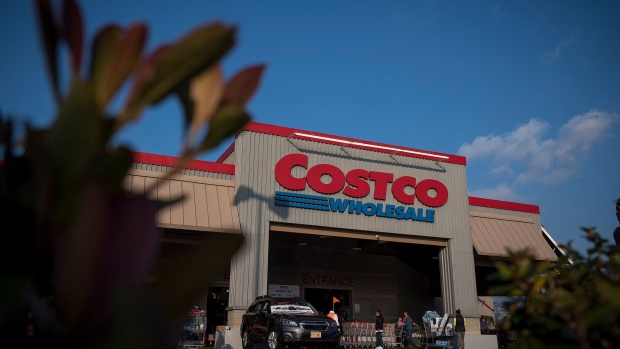 The exterior of a Costco is seen. , Bloomberg

Canadian Imperial Bank of Commerce has signed a deal to become the exclusive issuer of Costco Mastercards in Canada starting early next year.

The lender will also acquire the retail giant’s existing Canadian credit card portfolio, which boasts more than $3 billion in outstanding balances, according to a news release Thursday.

"We are excited to partner with Costco,” said Laura Dottori-Attanasio, CIBC’s group head of personal and business banking, in the release.

"This relationship enables us to diversify our credit card portfolio in everyday rewards, grow our market share in payments, and provides a meaningful opportunity to deepen relationships by meeting the financial needs of Costco members."

The new credit card offering will serve as a Costco membership card, and provide rewards for shoppers online and at any of Costco's more than 100 Canadian warehouses.

Any customer with an existing Capital One Costco Mastercard can continue to use it until receiving the new card in early 2022.

Terms for the acquisition of the existing card portfolio were not disclosed by CIBC.

Scotiabank analyst Meny Grauman said questions remain, given the lack of financial details, but still framed it as a win for the lender.

“Canadian P&C banking is certainly a game of inches given how mature the market is, and so the ability to pick up $3 billion in high quality credit card balances all in one swoop does not happen every day,” said Grauman in a note to clients.

“That said, it is clear that the real prize here for CIBC will be the cross-selling opportunities to millions of affluent card holders, only a small portion of which are current CIBC customers.”