Production of key crops including sugar and coffee could drop by as much as 59 per cent in the long-term due to climate change, according to a report by the Stockholm Environment Institute, while wheat output may increase.

The U.S., China, and Brazil are “significant sources of climate risk for global commodity markets,” the report says, arguing that changes will disrupt long-established trade flows all over the world and risk social upheaval.

Corn production in the U.S. alone could plunge almost half in the long-term (2070-2099) due to warmer temperatures, according to the institute, putting countries that buy the crop at risk. Output in Russia and Canada may rise by 13 per cent and 17 per cent, respectively, but not enough to offset shortfalls elsewhere. 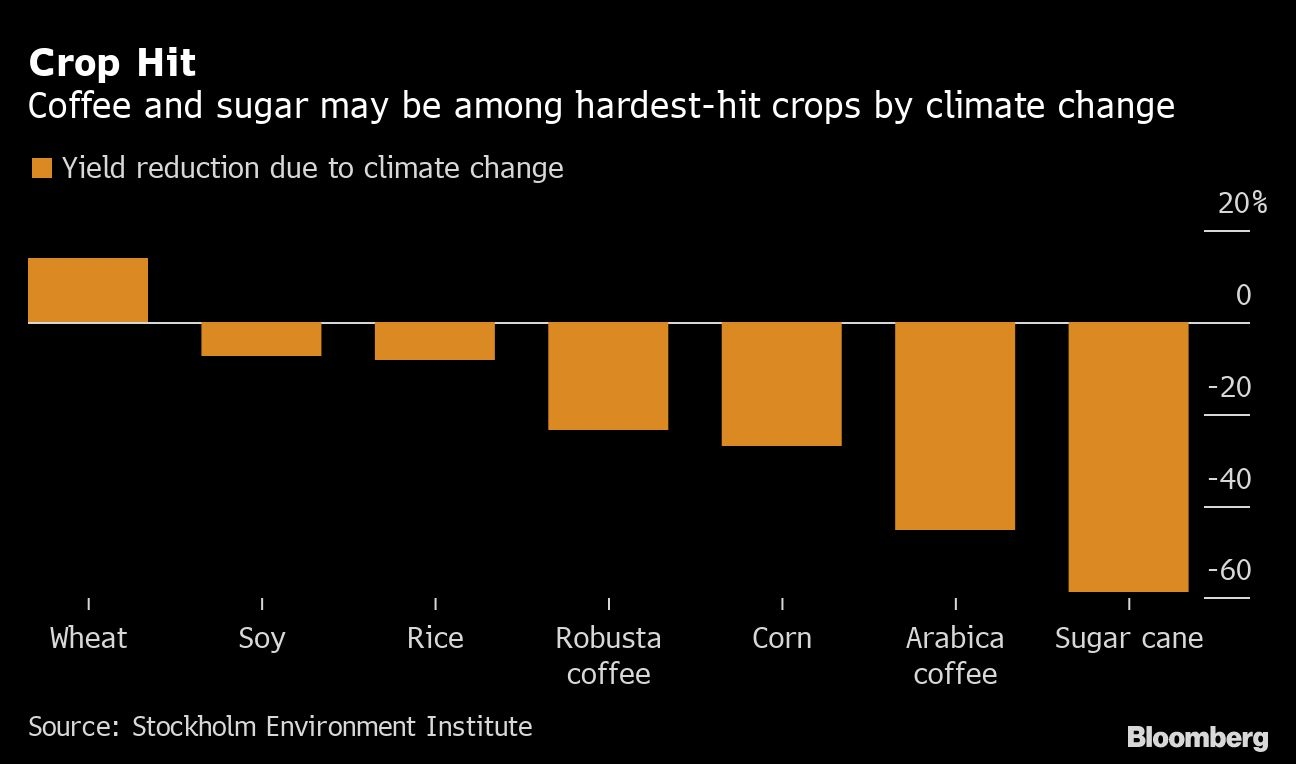 While wheat production could rise 14 per cent, this may require costly moving of production to Europe and parts of South America and Asia. Russia and Canada could boost output of corn, soy and rice, however, growing areas would likely have to relocate within those countries, the authors said during a briefing.

The report was published ahead of next month’s pivotal United Nations COP26 climate summit in Glasgow and calls for policymakers to look past national borders to combat climate change. The estimates focus on the impact of warmer temperatures and exclude the consequences of extreme weather events.