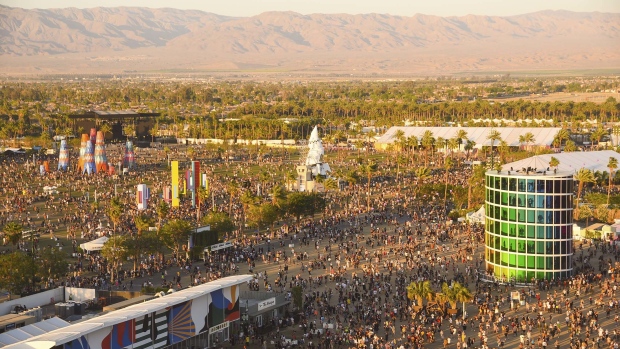 (Bloomberg) -- Coachella sold out its remaining tickets in just 75 minutes this morning, which could indicate a strong 2022 music festival season, despite the current surge in cases.

The three-day festival is scheduled to take place on April 15-17 and April 22-24 in Indio, California. Meanwhile, the seven-day average of hospital admissions with confirmed Covid-19 is up more than 40% in California, according to Department of Health and Human Services data.

Coachella announced its lineup featuring Harry Styles, Billie Eilish and Ye on Jan. 11. Other large music festivals that announced lineups this week include BottleRock, headlined by Twenty One Pilots, Metallica and Pink, on May 27-29 in Napa Valley, California and Bonnaroo, headlined by J. Cole, Tool and Stevie Nicks, on June 16-19 in Manchester, Tennessee.

A BottleRock spokesperson said all levels of the festival sold out within hours, except for single-day general admission tickets. This includes Bottle Rock’s $5,000 three day platinum pass which includes access to an exclusive clubhouse on-site with Michelin-starred bites and rare wines.

Large music festivals and live concerts sold out and broke records in 2021, even as the delta variant drove a surge in cases, with newly-vaccinated eager to attend.