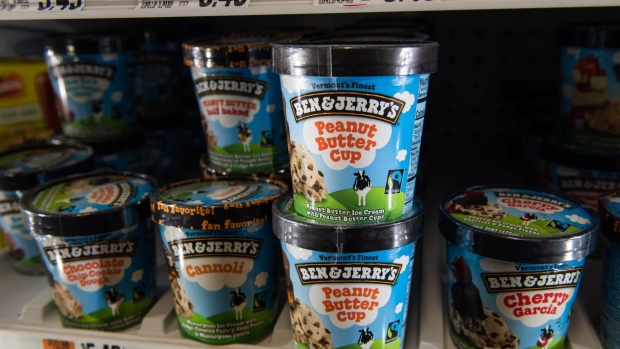 Pints of Unilever brand Ben & Jerry's ice cream for sale at a store in Dobbs Ferry, New York, U.S., on Wednesday, Jan. 19, 2022. Unilever Plc would need just over 50% of shareholders to back the purchase of GlaxoSmithKline's consumer health unit, its biggest takeover attempt ever. Judging by the initial reaction, that might prove a tough bar to clear. Photographer: Tiffany Hagler-Geard/Bloomberg , Bloomberg

The divestment is required by a state law pledging support to Israel and opposing sanctions against the country by international corporations such as Unilever for the occupation of Palestine, the Post said.

The Colorado Public Employees’ Retirement Association, which manages $61 billion in assets, last month announced it would divest its $7.2 million investment in Russia’s Sberbank, in response to the invasion of Ukraine.