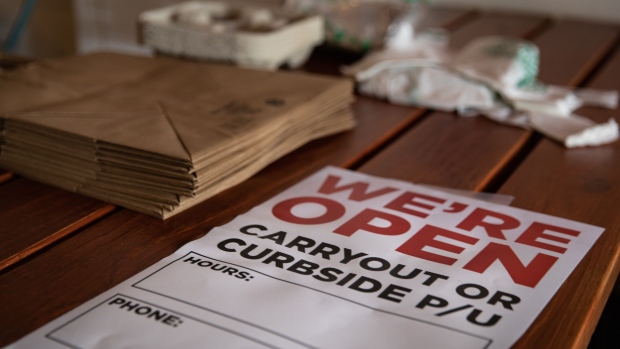 The COVID-19 pandemic maintained a grip on much of Canada on Tuesday even as at least three provinces stepped up their efforts to resume the trappings of life prior to the outbreak.

Efforts to reopen more businesses in Ontario, British Columbia and Saskatchewan were embraced only in part, with several stores indicating they were not in a position to observe the public health measures needed to operate in the post-pandemic era.

But despite the tentative economic steps forward, some jurisdictions extended their more aggressive protective measures. Ontario opted to cancel school for the rest of the academic year, while the federal government extended a planned border closure with the United States.

Prime Minister Justin Trudeau said the decision to prolong the ban on non-essential travel between the two countries until June 21 was a necessary step to protect the health of people on both sides of the border.

Canada's top public health official also highlighted the need to keep borders closed and concentrate on ensuring the domestic situation is well in hand before welcoming outside visitors.

"We have to cautiously lift measures within our borders first just to see slowly what actually happens," Dr. Theresa Tam said at an early afternoon briefing. "We will want to see that cases are still suppressed. We're still going to manage, detect and clamp down on any new spots that might come up."

The U.S. has more than 1.5 million active cases of COVID-19, accounting for roughly 42 per cent of the world's active case load and well above the roughly 79,000 diagnoses documented in Canada.

The death toll south of the border crossed the 90,000 threshold over the weekend, while in Canada it stood at just over 5,900 as of Tuesday.

Canadian and American officials mutually agreed to the extended closure, which prohibits discretionary travel while permitting trade shipments, commerce and essential workers to flow in both directions.

One of the provinces hardest hit by COVID-19 also opted to continue with one major measure intended to curb the spread of the virus. Ontario Premier Doug Ford announced the province's schools would remain closed until at least September, noting overnight summer camps would also be shuttered for the upcoming season.

"I'm just not going to risk it," Ford said as he announced the move. "This wasn't an easy decision to make, but it was the right decision."

The Ontario government also extended emergency orders shuttering businesses such as libraries, restaurants and bars until May 29, also extending a ban on public gatherings of more than five people.

The province reported more than 400 new cases of COVID-19 in the past 24 hours, a 1.9 per cent uptick that's the highest seen in days.

Word of the extended safety measures came as the province joined Saskatchewan and British Columbia in attempting to revive larger swaths of the local economy.

Retailers across Ontario began reopening their doors on Tuesday, though with significant physical distancing measures remaining in place to protect staff and shoppers.

Many businesses had previously expressed doubts about their ability to reopen with in-store safety protocols still in the works. But at those retailers that did relaunch business, customers said they felt safe.

"I think this is no different than what we're already doing with grocery stores," Toronto resident Madeleine Lewis said as she stood in line outside a pet store in Toronto's west end. "We'll be careful -- it's just much easier for me to shop for the dogs here than online."

Car dealerships and some outdoor recreation spaces were also included in the reopening, which marked Phase 1 of the province's gradual economic recovery plan.

Reopening efforts were more widespread in British Columbia, where a much larger number of businesses have been given the green light to resume operations if they're able to observe sound public health practices.

Dr. Bonnie Henry, the province's chief medical health officer, urged businesses to "take it slow" as they work towards operating in a world transformed by the pandemic.

In Saskatchewan, meanwhile, Phase 2 of the province's reopening plan went into effect as malls, salons, massage parlours and dentists offices were cleared to resume business. Some restrictions remain in place, however, with personal service workers being encouraged to wear protective gear and clothing stores discouraging customers from trying on their offerings.

Regina-based barber Jason Zalusky said longer service times, reduced store capacity and more stringent disinfection protocols mean his shop will only be able to handle about 60 per cent of its usual business levels.

"There's a lot more work definitely for a lot less pay, but that's what we gotta do," he said. "I don't think it's going to benefit many of us being open, but people are ready and they want it."

For at least one Canadian retailer, the economic damage has already been done. Reitmans (Canada) Ltd. filed for court protection from its creditors on Tuesday. It said losses caused by the pandemic mean the company will have to restructure operations across its 576 stores, which employ about 6,800 staff.

More encouraging news came out of Quebec, the epicentre of the outbreak in Canada. Premier Francois Legault said the 570 new cases recorded in the province marks the smallest jump in five weeks, noting the number of patients in hospital and intensive care has also stabilized.