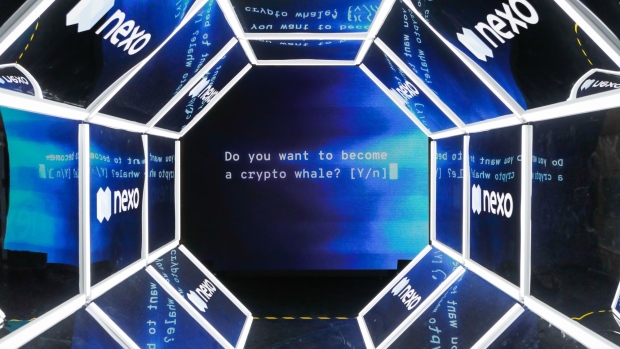 (Bloomberg) -- Crypto lender Nexo Inc. is phrasing out its products and services in the US market after facing cease-and-desist orders from multiple states over its interest-earning products.

“Our decision comes after more than 18 months of good-faith dialogue with US state and federal regulators which has come to a dead end,” Nexo said in a statement on Monday. “Although regulators initially encouraged our cooperation and a sustainable path forward appeared viable, the events of recent weeks and months and the subsequent change in regulators’ behavior point to the opposite,” it said.

The company will continue processing withdrawals in real-time as it plans for an “orderly exit” from the US, it said. Nexo has over 5 million users across 200 jurisdictions worldwide, its website shows. It currently has total customer liabilities of $2.6 billion, and its assets are in excess of the liabilities, according to its real-time attestation.

Formed in 2018, Nexo Inc. is a Cayman Islands corporation and Nexo Financial LLC is a Delaware limited liability company with its principal place of business in London, according to state regulators.

In September, regulators from eight US states -- California, Kentucky, Maryland, New York, Oklahoma, South Carolina, Vermont, and Washington -- said Nexo was offering interest-earning accounts without registering the investment products as securities. The states filed cease and desist orders against Nexo, whose yield accounts were marketed and used by retail investors.

In today’s announcement, Nexo said it has removed clients from New York and Vermont and will suspend its Earn product in eight additional states starting tomorrow.

Crypto lenders are at the heart of the industry’s sharp downfall this year, with Celsius Network Ltd, Voyager Digital Ltd, and BlockFi all filing for bankruptcy. In October, Nexo co-founders Antoni Trenchev and Kalin Metodiev rebuffed speculation that the firm was headed for bankruptcy, reiterating it had “no exposure to the Terra and Luna debacle” and did not lend to the bankrupt crypto hedge fund Three Arrows Capital.

Nexo has also said it had “$0 net exposure” to the FTX exchange and its related Alameda trading outfit on Nov. 8, or three days before FTX sought bankruptcy protection. It added it “had a small loan to Alameda (

(Adds users, assets and liabilities figures in paragraph 3 and 4)