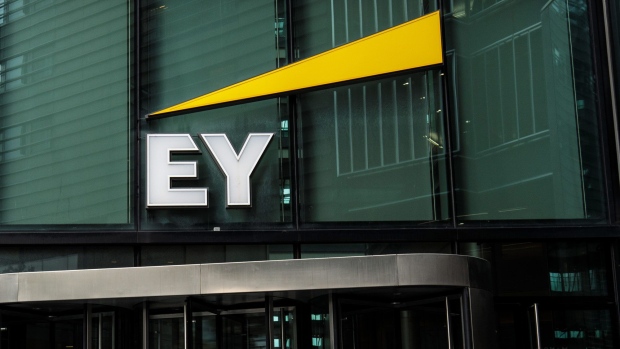 The government has called for a review of the British auditing industry after a series of scandals including the collapses of Carillion and BHS revealed serious failures in the auditing process. , Photo by Jack Taylor/Getty Images

Deutsche Bank AG’s top accounting executive, Andreas Loetscher, is being investigated over his role as the auditor of Wirecard AG while he was with his former firm, Ernst & Young, two people familiar with the matter said.

Germany’s accounting regulator, APAS, is looking at his role as part of a review of EY’s auditing, said the people, who declined to be identified because the information isn’t public. Loetscher and three EY auditors are scheduled to testify at a parliamentary committee Thursday about their work for Wirecard. They are expected to invoke legal privilege and not answer any questions about their accounting work.

Loetscher, a two-decade veteran at the accounting firm, oversaw the Wirecard audits for the financial years 2015 through 2017, filings show. He left in 2018 to become chief accounting officer at Deutsche Bank, taking over after the bank struggled for years with legal and regulatory mishaps.

APAS sent a letter to Berlin prosecutors, telling them that the auditors may have committed crimes. The document was forwarded to Munich prosecutors who are now looking into the matter.

EY said there’s no evidence of any criminal acts by its auditors. The firm declined to comment on the APAS probe.

The parliamentary committee on Thursday questioned Alexander Geschonneck, a KPMG auditor who led a special probe that Wirecard itself commissioned last year.

Wirecard sought to obstruct that audit, he told lawmakers. KPMG ultimately uncovered wrongdoing on a huge scale at the company, months before its collapse.

Geschonneck’s testimony “has clearly revealed the strong deficits in the annual audits of Wirecard,” Danyal Bayaz, an opposition politician who’s a member of the parliamentary committee, said in an emailed statement. The KPMG auditor’s statements are “a disastrous report card” for EY, Bayaz said.

Lawmakers in Berlin want to question four former Wirecard auditors, three of whom -- Christian Orth, Stefan Heissner and Martin Dahmen-- are still with EY; Loetscher is the fourth. The accounting firm is under fire after it signed off on Wirecard’s books without spotting that 1.9 billion euros (US$2.3 billion) listed among its assets didn’t exist.

The electronic payment company filed for insolvency in June, the culmination of a stunning accounting scandal that led to the arrest of its former chief executive Markus Braun and the revelation that over US$2 billion on its balance sheet likely didn’t exist. The Wirecard scandal has prompted questions about the role of the auditors and Germany’s financial regulator.

--With assistance from Daniel Schaefer and Steven Arons.