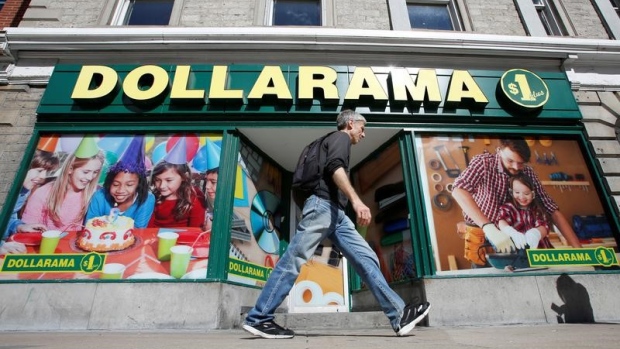 The Montreal-based company said the rise in sales was aided by a 7.8 per cent increase in the average checkout bill, which is likely to be the biggest Dollarama has ever reported, according to analysts at Buckingham Research Group.

The retailer also revised its long-term target to 1,700 stores from 1,400 stores, over the next 8-10 years across Canada, which has a less competitive discount-retail landscape compared with the United States.

The announcement also comes at a time when North American retailers, such as J.C. Penney (JCP.N) and Macy's (M.N), are shutting stores, hurt by online competitors.

The retailer said it would accept credit cards as a method of payment in all of its stores from the second quarter of fiscal 2018.

Analysts on average estimated income of $1.11 per share, according to Thomson Reuters I/B/E/S.