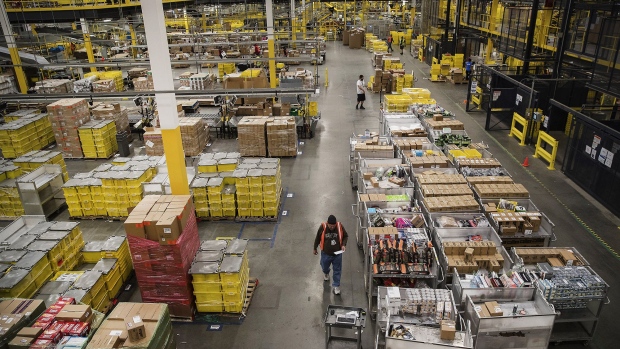 As the COVID-19 pandemic shut down large parts of the economy and upended the way many companies do business, Canadian consumers were watching, and judging.

The Gustavson School of Business at the University of Victoria's annual brand trust study tracks consumer trust in hundreds of brands across five measures, including consumer perceptions of the brand's social responsibility and how it interacts with consumers. This year, researchers also conducted a follow-up study due to the pandemic. They tracked changes to consumer sentiment for 125 brands.

The study revealed that when it comes to brand trust, consumers put a premium on how companies treated their employees during the pandemic.

One company that saw its trust erode among Canadians was Amazon Inc.

The tech titan's trust score in the overall survey was 31 -- down from 48 in 2019, said Saul Klein, the business school's dean and lead author of the report.

In the follow-up survey, Amazon's trust score fell to 24, said Klein, and it took the no. 68 spot in an overall ranking of the 125 brands.

"Those are big moves," he said, explaining brands that Canadians trust the most tend to score between 55 and 60 points, while those in the bottom rankings fall just below -30 points.

"I think there's a whole bunch of things (that) came together at the same time," said Klein of Amazon's fall.

Early in the pandemic, consumers worried about price gouging on the platform, he said.

While Amazon promised to crack down on any sellers looking to profit from the pandemic, the initial impression left many consumers worried about whether they could trust the company to do so, he said.

Meanwhile, the company experienced an increase in volume, resulting in some delivery delays and supply-chain problems, he said, and faced questions around its treatment of employees.

As bricks-and-mortar retailers start to reopen after temporarily shuttering operations due to the coronavirus, customers may not have to rely on Amazon as much, said Klein.

"If it doesn't come across as providing a superior alternative, then they have to worry."

Lysol and Clorox also saw their scores drop slightly in the follow-up survey thanks to supply shortages.

In the early days of the pandemic, customers flocked to grocery stores to stock up on a number of products, including cleaning supplies. Many retailers experienced temporary shortages of some cleaning products and limited the number that shoppers could purchase at a time.

"While customers might have wanted them, they couldn't find them," said Klein, noting even now consumers may struggle to find the brands' products in stores or online.

Neither brands' score dropped dramatically, he said. Lysol fell from 44 in the initial survey to 41 in the follow up, while Clorox lost six points going from 32 to 26.

Lysol was no. 28 in the follow-up list, while Clorox took the 51 spot.

On the positive side, Canada Post claimed the top spot with Shoppers Drug Mart/Pharmaprix, CTV News, Costco and The Weather Network rounding out the top five in the follow-up survey. The latter two tied for the fourth spot.

Those surveyed gave the mail carrier top scores for honest communication and care for societal well-being, according to the report.

That came down to the mail service treating employees well, he said, as well as increased consumer dependency.

Consumers also rewarded Loblaw, Real Canadian Superstores and Walmart with higher scores on employee treatment. Their trust scores on employee treatment rose by 19, 15 and 13 points respectively, according to the report, which attributes the rise to the retailers being at the forefront of Canadian food and drug retailers to raise wages temporarily for their workers during the pandemic.

Overall, Loblaw claimed the no. 12 spot, the Real Canadian Superstore tied with Sobeys for 13, while Walmart fell into a five-way tie for the 77 spot in the follow-up survey.

On Friday, Canada's major three grocers -- Loblaw Companies Ltd., Metro Inc. and Sobeys Inc. -- announced they were eliminating so-called pandemic pay hourly wage increases for workers as of Saturday, June 13. Walmart made a similar move at the end of May. Two unions called the decision premature, with one of them calling for the pay increases to be made permanent.

For the overall survey, AskingCanadians surveyed 7,800 Canadians 18 years and older online for opinions on more than 342 brands between January 8 and February 10. The follow up survey questioned 1,050 people to gauge changes in trust for 105 brands between April 8 and 23.

According to the polling industry's generally accepted standards, online surveys cannot be assigned a margin of error because they do not randomly sample the population.