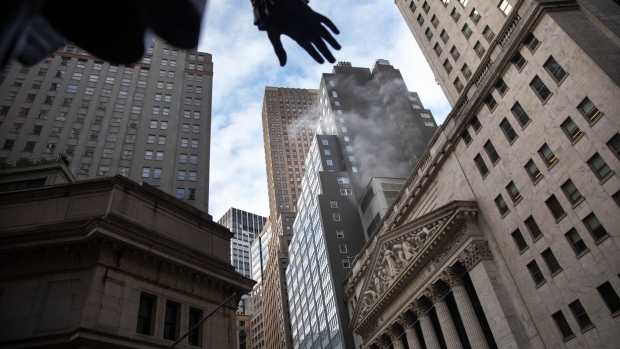 A George Washington statue in front of Federal Hall near the New York Stock Exchange (NYSE) in New York, U.S., on Monday, Jan. 4, 2021. In a historic year that marked a rapid plunge into bear market territory and a swift recovery into the bull zone, high-flying technology stocks and electric-vehicle pioneer Tesla Inc. were standout trades. Photographer: Michael Nagle/Bloomberg , Bloomberg

Magic mushrooms, LSD and ketamine used to be associated with psychedelic trips and fun weekends. Now they’re increasingly viewed as serious medicine that can be used to treat ailments such as depression and PTSD. The small but fast-growing industry even has its first ETF — the Canadian-listed Horizons Psychedelic Stock ETF, or PSYK.

On this episode of Trillions, Eric and Joel speak with Steve Hawkins, the CEO of the firm behind the ETF, who was also behind the world’s first cannabis ETF. He talks the about sector outlook, underlying business fundamentals, the design of the ETF — and whether he plans to start micro-dosing LSD.