Cannabis edibles will make it harder for black market to compete: Analyst

If you wanted to beat the 2019 slump in pot stocks, picks and shovels were the way to go.

Of the 100 companies in the BI Global Cannabis Competitive Peers index, Canadian extractors Valens Co. and MediPharm Labs Corp. were two of the top performers last year with gains of 127 per cent and 122 per cent respectively. (Australia’s hemp-focused Ecofibre Ltd. was the only stock that did better, returning 166 per cent since its debut in March.)

The BI index, by comparison, fell 50 per cent over the same period.

Valens and MediPharm were initially the victims of a misconception that they weren’t as valuable as cannabis cultivators, said Charles Taerk, chief executive officer of Faircourt Asset Management, which acts as an adviser to the cannabis-focused Ninepoint Alternative Health Fund.

“The misconception turned into a love for these companies because their return on invested capital is so great, they’re so efficient,” said Taerk. Ninepoint has held MediPharm for over a year and Valens since the spring of 2019, he said.

Both companies have contracts with large producers to extract cannabis oils that are then used in products like vapes, edibles, beverages and topicals. They also make white-label versions of those products for companies that don’t make their own in-house.

“The cultivators have spent so much capital on the agricultural part of this business, whereas MediPharm and Valens and a few others that are getting into it are doing the value-added processing,” Taerk said.

Investors are starting to see that the extractors can report “significant growth at a time when the larger producers have either had negative top-line growth and/or suffering margins,” Taerk said.

“We believe investors will increasingly prefer companies with positive net income and cash flows, and reward such companies with a premium valuation in 2020,” Wang said in a note published Dec. 19. Valens “fits this criteria, but has yet to receive the premium-to-peer group valuation that we would otherwise expect.” 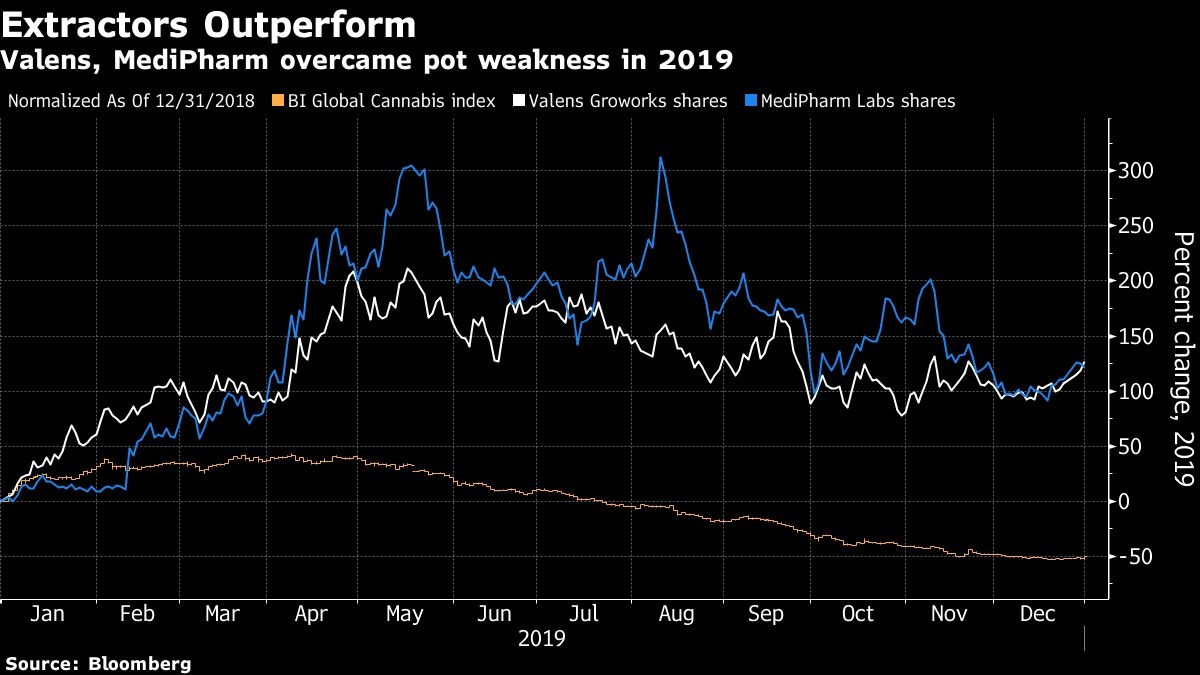