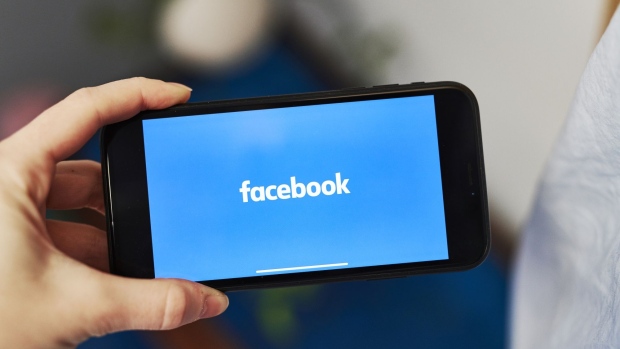 Facebook Inc. signage is displayed on an Apple Inc. iPhone in an arranged photograph taken in the Brooklyn Borough of New York, U.S., on Sunday, Jan. 26, 2020. Facebook Inc. is scheduled to release earnings figures on January 29. Photographer: Gabby Jones/Bloomberg , Bloomberg

Apple announced modifications coming to iOS 14 at its annual developer conference in June, including a change to a unique code linked to each device, known as an Identification for Advertisers, or IDFA. App developers, including Facebook, have historically used IDFA to help target users with ads, and track the performance of ads across different devices.

The iPhone maker will require developers to show a warning label to users before collecting IDFA info on iOS 14, and will also require that users opt in to sharing it. Many in the advertising industry believe this will significantly limit developer access to IDFA information.

Facebook on Wednesday said it won’t collect IDFA through its own apps on iOS 14 devices, a decision that will “severely impact” Audience Network. Thousands of developers use the Facebook platform to fill the ad inventory within their mobile apps, and without IDFA information to help target those marketing messages, Audience Network revenue could drop as much as 50 per cent, the company said. Facebook is considering eliminating the service altogether for iOS 14 users.

“This is not a change we want to make, but unfortunately Apple’s updates to iOS 14 have forced this decision,” Facebook wrote in a blog post. “We know this may severely impact publishers’ ability to monetize through Audience Network on iOS 14, and, despite our best efforts, may render Audience Network so ineffective on iOS 14 that it may not make sense to offer it on iOS 14 in the future.”

Facebook said it expects “less impact” on its own advertising business. The company doesn’t need device-level information for targeting inside of Facebook and Instagram, for example, because it has extensive profile information, as well as phone numbers and emails for many of its users.

Apple’s changes to IDFA are part of the company’s broader effort to increase privacy and data security for iOS users. On a developer page explaining the changes, Apple wrote, “Apps on the App Store are held to a high standard for privacy, security, and content because nothing is more important than maintaining users’ trust.”

The move is the latest confrontation between the two tech giants in recent years, most of them centered around privacy. Apple has positioned itself as a champion of user privacy, while Facebook has criticized Apple’s power over the App Store as bad for developers and small businesses.

Facebook played up that argument again on Wednesday, framing Apple’s change as a hindrance on small companies already dealing with a global economic crisis. “We understand that iOS 14 will hurt many of our developers and publishers at an already difficult time for businesses,” Facebook wrote. Earlier this month, Facebook accused Apple of hurting developers by charging fees for in-app purchases.