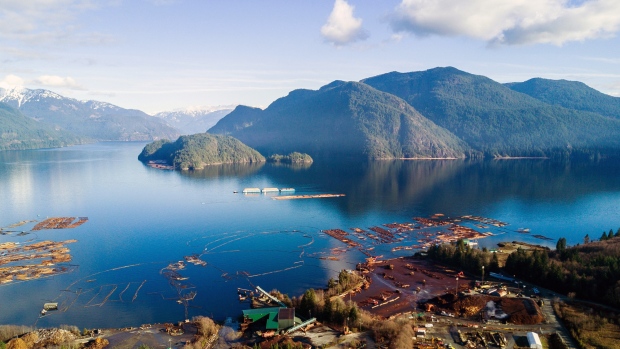 America has a “tree-to-toilet” problem.

That’s according to a study out last Wednesday that says the largest U.S. makers of at-home tissue products—Procter & Gamble Co., Kimberly-Clark Corp. and Georgia-Pacific—use only virgin fiber in their major brands, and no recycled content, a vast sustainability gap compared to other brands that use all recycled fiber.

The U.S., which consumes more toilet paper per capita than other countries, is making climate change worse by using pulp from Canada’s northern forests — one of the world's best absorbers of man-made greenhouse gases, according to the Natural Resources Defense Council and Stand.earth, environmental advocates.

“Forests are too vital to flush away,” the groups say in the report, which finds Canadian boreal forest makes up a quarter of the world's remaining intact woodlands, and store more carbon per hectare than other types. Every year, they absorb what 24 million passenger vehicles produce in carbon dioxide over the same time span, according to the report. Yet clear-cutting is rampant, with more than 28 million acres—about the size of Ohio logged from 1996 to 2015, the group says.

The report takes American bathroom habits to task, finding that while they make up just 4 per cent of the world's population, Americans account for around 20 per cent of toilet paper consumption. They average 141 rolls per person a year, compared with 49 rolls in China and 38 in Brazil. In the U.S., the overall toilet paper market is about US$9.4 billion, with recycled at just US$161 million, according to Euromonitor International.

The study comes as large consumer companies ramp up sustainability programs amid growing demand for environmentally-friendly products, particularly among younger consumers. Some 85 per cent of millennials, and 80 per cent of the generation after them—Gen Z—say it’s important that companies work to improve the environment, according to 2018 Nielsen data.

Yet, recycled toilet paper has been slow to catch on, judging by data from Euromonitor, which wasn't part of the report. The global retail market of toilet paper surged to US$47.1 billion in 2018, almost double the US$24.7 billion in 2004, according to the market research firm. Recycled toilet paper accounts for a fraction of that—it grew to US$8.6 billion from US$5.3 billion over the same period.

NRDC's scorecard of major toilet paper brands from the three larger companies—including P&G’s Charmin Ultra, Georgia-Pacific’s Angel Soft and Quilted Northern, and Kimberly-Clark’s Cottonelle Ultra—ranked them among the least sustainable, mostly due to their virgin fiber, but also factoring in their bleaching processes. The same companies' paper towels and facial tissue brands, like Georgia-Pacific's Brawny and Kimberly-Clark's Kleenex, also scored low due to their use of 100 per cent virgin fiber.

Softness and absorbency are attributes of virgin wood that are sought after by consumers, according to a Georgia-Pacific spokeswoman. The company “takes steps to ensure that we are responsibly sourcing wood and wood fiber for our pulp, paper, and wood products operations,” she says.

Kimberly-Clark said in a statement that it’s committed to reducing its virgin pulp content in products by 50 per cent by 2025. At the same time, the company will increase “use of use of low-impact alternative and recycled fibers where credible analysis indicates that they are environmentally and socially preferable to other virgin fiber sources and do not lead to loss of necessary food crops or high conservation value ecosystems,” said spokesman Terry Balluck.

P&G has an “Ambition 2030” plan that includes cutting greenhouse gas emissions in half. Company spokesman Damon Jones said he couldn't comment specifically before seeing the report, though he noted that in general recycled paper products can often use more energy or chemicals, and that while they can be good for other paper products, aren't ideal for toilet paper. "While recycled products are available on the market, we know consumers generally need to use more of those products to get the performance that they desire, and they generally do not rate that experience as the most optimal,” he says.

But the NRDC report says that mills that turn logs into pulp use almost twice as much water as it takes to make tissue from recycled materials, and produce air pollutants, too. And where does the tissue go? It's generally not recyclable. Instead it decomposes, releasing more greenhouse gas.

Canada also caught some of the blame for what the NRDC’s report calls the “issue with tissue.” Recent findings that logged forests don't fully regenerate undermines the Canadian government's claims about replanting, the group says. Around 600 indigenous communities, and the habitats of caribou, lynx, and migratory birds are also affected.