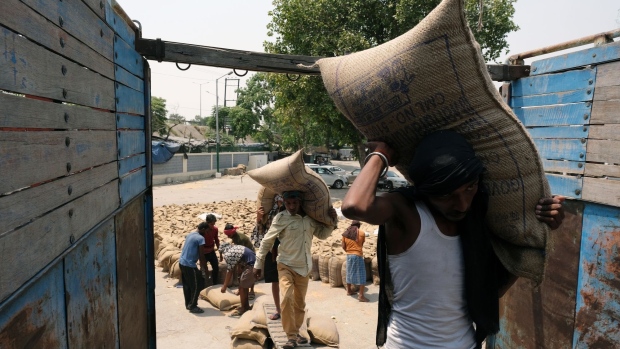 Laborers loading up wheat sacks on a truck at the grain market in the Khanna district of Punjab, India, on Saturday, April 30, 2022. A blistering heat wave has scorched what fields in India, reducing yields in the second-biggest grower and damping expectations for exports that the world is relying on to alleviate a global shortage. , Bloomberg

The nation has been a primary source of Agthia’s wheat over the last 18 to 20 months, Chief Executive Officer Alan Smith said in an interview with Bloomberg Television on Tuesday.

The ban has exacerbated an already-tight market for the grain. Global prices surged after Russia’s invasion of Ukraine, a key wheat grower, and the Indian government has said it needed to halt shipments to protect food security.

However, the country will allow shipments for food security needs based on requests from governments. “We’ll see how we can work with the Indian government and the UAE government to make sure we continue to ensure availability in the business,” said Smith.

The Abu Dhabi-based company decided in March to sign longer-term supply agreements for foodstuff. It is covered for supplies until about August or September, Smith said.