We actually may get closer to 9% or 10% food inflation: Sylvain Charlebois

Global food prices held near a record as crop trade is disrupted by the war in Ukraine, exacerbating tight supplies and stoking inflation.

Russia’s invasion has reduced exports from Ukraine to a trickle, curbing supplies from one of the world’s biggest grain and vegetable oil shippers. That’s sent buyers flocking elsewhere, while some nations are moving to restrict sales as they worry about depleting local reserves.

High fertilizer prices and weather worries are adding to the threat for global crop supplies, including drought curbing the U.S. wheat crop. That risks compounding a deepening hunger crisis. A United Nations food index eased less than 1 per cent in April, holding near an all-time high. 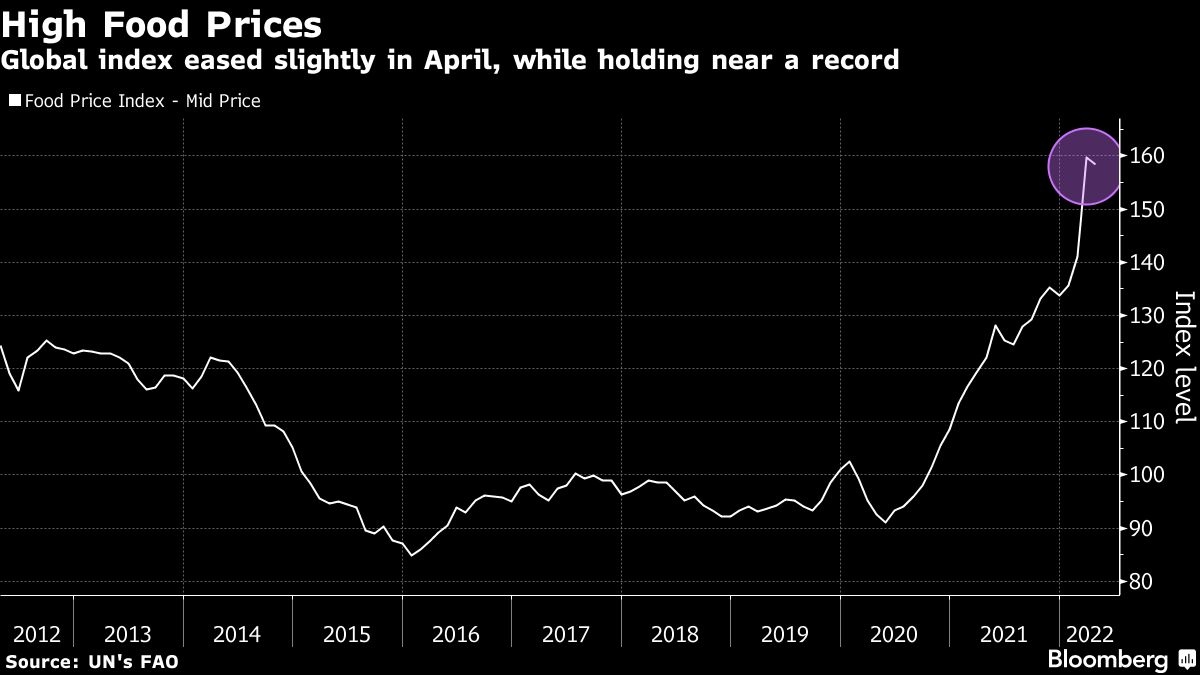 Prices fell for major staples including vegetable oils and grain, while meat reached the highest ever and dairy rose, the FAO report showed Friday. The gauge had soared 13 per cent in March, its fastest pace on record, in the immediate aftermath of Russia’s attack. It’s eclipsed levels from 2008 to 2011 that contributed to global food crises.

The slight decline in prices in April was partly due to falling demand for vegetables oil, and weaker corn prices. However, there are uncertainties about palm-oil availability from Indonesia, the agency said.

Officials in Indonesia, the world’s top edible-oil shipper, recently restricted sales of palm oil abroad. That adds to a rash of crop protectionism since the war began, with countries like Serbia and Kazakhstan imposing quotas on grain shipments. India is also said to be considering limiting wheat exports after severe heat damaged crops, while its government said Thursday it doesn’t see a case for restrictions.

“Such moves might benefit consumers in countries imposing the restrictions, but usually come at the expense of all others,” the Agricultural Market Information System said Thursday. “Past experience suggests that these trade measures will put additional pressure on available food stocks, push prices up and threaten food security for the poor.” 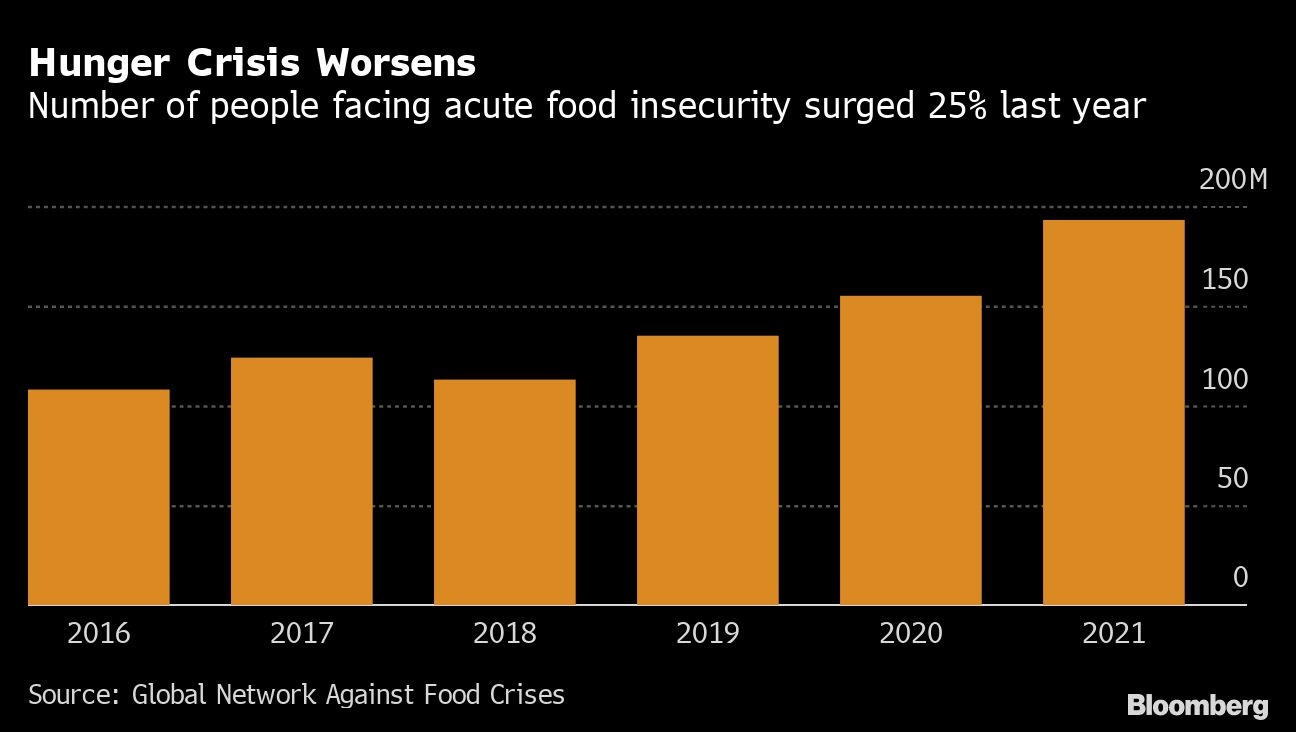 Surging food prices are piling pressure on governments spanning Sri Lanka to Peru. The inflation rate in Turkey is at a two-decade high, buoyed by rising grocery bills. U.K. retailers are also warning of higher costs to come, as supply-chain bottlenecks hold up shipments.

Acute food insecurity spiked 25 per cent last year, before the war in Ukraine began, and the hunger problem is likely to deteriorate further in 2022, a report from the Global Network for Food Crises said earlier this week.

“We’ve got the breadbasket of the world being turned into bread lines,” David Beasley, executive director of the World Food Programme, said at a briefing. The war in Ukraine “is going to devastate the food security situation around the world.”