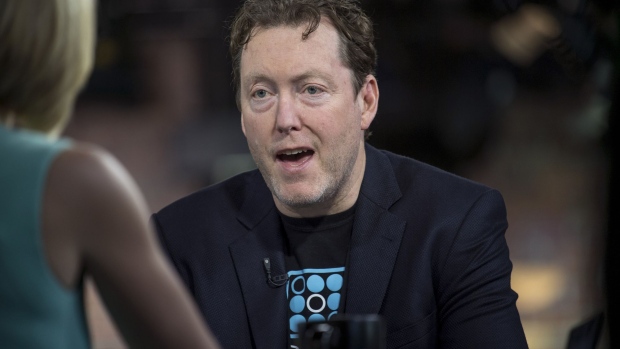 (Bloomberg) -- Mike Cagney’s blockchain lending startup Figure Technologies Inc. became the latest of a handful of fintech firms to apply for a bank charter in a push to expand its product lines to consumers with less access to traditional credit.

The firm is seeking a national bank charter granted by the Office of the Comptroller of the Currency. The designation would reduce the company’s need for a myriad of state-by-state licenses, allowing it to more easily lend to consumers, Cagney, the former chief executive of Social Finance Inc., commonly known as SoFi, said in an telephone interview.

If Friday’s application is granted, the company would be able to market a wider set of consumer products nationwide while focusing its compliance efforts on the requirements of a single regulator.

“It will drive down the cost of delivering our product to those underserved by the financial sector,” Cagney said. “It will allow the consumer to build a credit history and become a mainstream prime borrower.”

Figure, the latest fintech non-bank lender to seek a national bank charter, has plans to securitize some consumer debt generated from the effort. While the OCC has recently become friendlier to fintech companies, bank trade groups and others have pushed back because they fear that the Amazons and Googles of the world will encroach on traditional banking.

The company plans on piloting a small-dollar installment-loan product in January through either credit lines or point-of-sale offerings built on blockchain, Cagney said. The loans will be fed through a master trust, and potentially back revolving asset-backed securities.

Figure joins the likes of Square Inc. and Varo Money Inc. and other fintech firms pursuing traditional banking charters. Other firms such as LendingClub Corp. and Jiko have acquired charters through bank acquisitions.

Entry into the national banking industry by fintechs and other challengers has met pushback. The New York Department of Financial Services pursued legal action against the Office of the Comptroller of the Currency for offering special-purpose charters for non-depository fintechs.

“There could be some pushback, as the industry is somewhat mixed on it,” Cagney said, noting that the fear is that companies such as Google would enter into traditional banking. “But our idea is that we generate consistent assets at a lower cost, which would be good for the broader banking system.”

Figure has already originated more than $1 billion of home equity lines of credit, or Helocs, since its founding in 2018 and expects more demand for the product as the large traditional banks retrench.

In September, Figure sold the biggest Heloc-backed mortgage-backed security in a decade, which was the second securitization of Figure-originated loans and one of the first asset-backed securitizations to be completed entirely on blockchain. The Heloc loans backing the deal were originated, serviced, financed and sold on Figure’s affiliated blockchain, Provenance.

Cagney said the firm is gearing up for its first prime-jumbo mortgage securitization in the first quarter. It will be collateralized by first-lien mortgages, and completed on blockchain.

Cagney helped build SoFi into one of the largest refinancers of student loans. He resigned after several workplace controversies at the firm, including allegations of sexual misconduct and a toxic work environment at the company.

Coincidentally, SoFi itself won conditional approval from the OCC just last week to obtain a national banking charter. The charter would allow SoFi to establish a full-service, deposit-taking bank in Utah that would be initially capitalized at $550 million, according to the OCC’s preliminary approval letter.

Given the election uncertainty, there are very few securitized deals marketing at the moment, but new ABS and CLO deals are expected to probably begin premarketing on Monday, according to syndicate desks. There is one trophy office property CMBS currently marketing, a $750 million transaction linked to a loan on Manhattan’s Grace Building, a 1.6 million square-foot tower near Bryant Park in midtown.