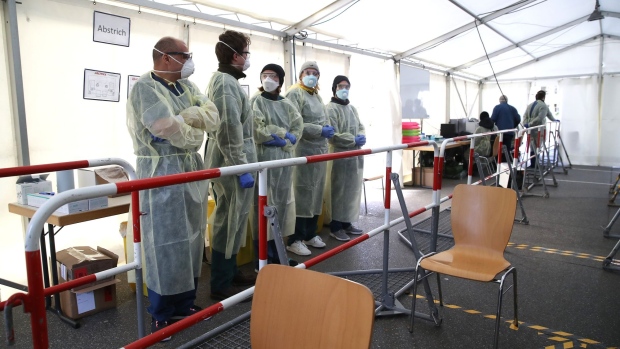 Germany is just starting its fight against the new coronavirus as it tightens measures to contain the epidemic, the country’s public health authority said.

“I want to emphasize, as I have been doing for a long time, that we are at the beginning of the epidemic,” Lothar Wieler, president of the Robert Koch Institute, said at a press briefing on Wednesday. “Naturally the number of deaths will also rise in Germany.”

Germany has progressively tightened restrictions on residents in the past two weeks, beginning with limits on large meetings, border controls and school closures and culminating in a decision Sunday to ban gatherings of more than two people. Chancellor Angela Merkel is governing from quarantine after coming into contact with a doctor who later tested positive for the virus.

Some 32,705 patients have been confirmed with the virus in Germany, up from 28,942 yesterday, according to data from regional health authorities compiled by Bloomberg. So far 154 have died, compared with 118 yesterday.