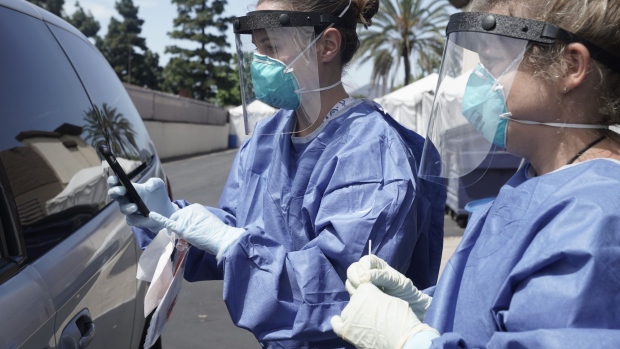 (Bloomberg) -- A group of hackers with a history of targeting healthcare organizations executed a successful ransomware attack this week on the University of California, San Francisco.

UCSF confirmed it was the target of an “illegal intrusion” but declined to explain which portion of its IT network may have been compromised. Researchers at the university are among those leading American antibody testing and clinical trials for possible coronavirus treatments, including a recent study on anti-malarial drugs touted by President Donald Trump as a possible remedy, then refuted by scientists.

The university has alerted security experts and law enforcement of the attack, which didn’t affect its patient care operations, said Peter Farley, a director of communications at UCSF.“With their assistance, we are conducting a thorough assessment of the incident, including a determination of what, if any, information may have been compromised,” Farley said in a statement. “In order to preserve the integrity of the investigation, we will need to limit what we can share at this time.”

Read more: Malaria Drug Taken by Trump Provides No Covid-19 ProtectionThe NetWalker hackers claimed credit for the attack on their darkweb blog. The post dedicated to UCSF appeared to be copy and pasted from the university’s home page promoting its work on healthcare.Attack groups often post data samples to prove the success of their breach. In this case, their blog posted four screenshots, including of two files accessed by the attackers. The files’ names, seen by Bloomberg on the darkweb, contain possible references to the U.S. Centers for Disease Control and Prevention and departments central to the university’s coronavirus research.

In most ransomware cases, payment is followed by the exchange of a decryption key that allows victims to gain access to their files. When victims don’t pay, which is often the case when they have backup copies to restore their data, attack groups sometimes publish the most sensitive data in hopes of coaxing payment.

Hackers are increasingly targeting institutions like UCSF not only for ransomware payments themselves, but also for possibly lucrative intellectual property, like valuable research on a cure for Covid-19. UCSF has engaged in extensive sampling and anti-body testing, including on the experimental anti-viral drug remdesivir, which has shown signs of being effective early in the Covid-19 life-cycle.

The U.S. was hit by a record volume of ransomware attacks in 2019 and attackers have shown little sign of relenting in 2020, when users spent more time on less secure networks while working from home. In 2019, at least 966 government agencies, schools and healthcare providers were attacked at a cost of more than $7.5 billion, according to the cyber research firm Emsisoft. Among those were almost 90 universities.Netwalker ransomware was first introduced and operated by the criminal cyber group dubbed Circus Spider by CrowdStrike Inc. Since September 2019, Netwalker ransomware has been actively used by criminal actors with links to malware including Mailto, Koko, and KazKavKovKiz.“The use of COVID-19 lures and targeting entities in the healthcare sector indicate that the operators of Netwalker are taking advantage of the global pandemic in order to gain notoriety and increase their customer base,” according to a Crowdstrike research report.