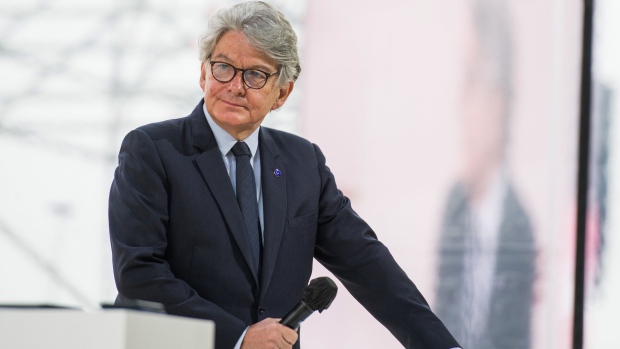 “It should be a matter of days,” Breton said in an interview with the newspaper.

The EU will offer the semiconductor industry “the same support as the U.S. and Japan,” Breton said, referencing the forthcoming European Chips Act as the framework for investment. The bloc won’t rule out financial aid, which is permitted under its antitrust rules, he said.

“Just like other countries, we want to be competitive, also when it comes to subsidies,” Breton said, adding that Europe needs to become less dependent on Asian chip production.

The U.S. chip giant plans to disclose the location of its multi-billion-dollar site before the end of the year, Intel Chief Executive Officer Patrick Gelsinger said in October. He has predicted that the global chip shortage will last until 2023.

The EU will unveil its European Chips Act in the first half of next year as part of a strategy to boost semiconductor production. Its objectives include the bloc accounting for 20% of global market share by 2030.