Wait times for Apple Inc.’s most expensive smartphones are rising to what analysts say are record levels as the holiday shopping season kicks off, threatening to curb sales at the company’s busiest time of year and derail a rally in the stock.

Customers in the U.S. who phlaced an order Tuesday would get an iPhone 14 Pro delivered in New York on Dec. 30, after Christmas, according to Apple’s website. The wait was about 34 days as of last week, near the highest ever, according to UBS Group AG. 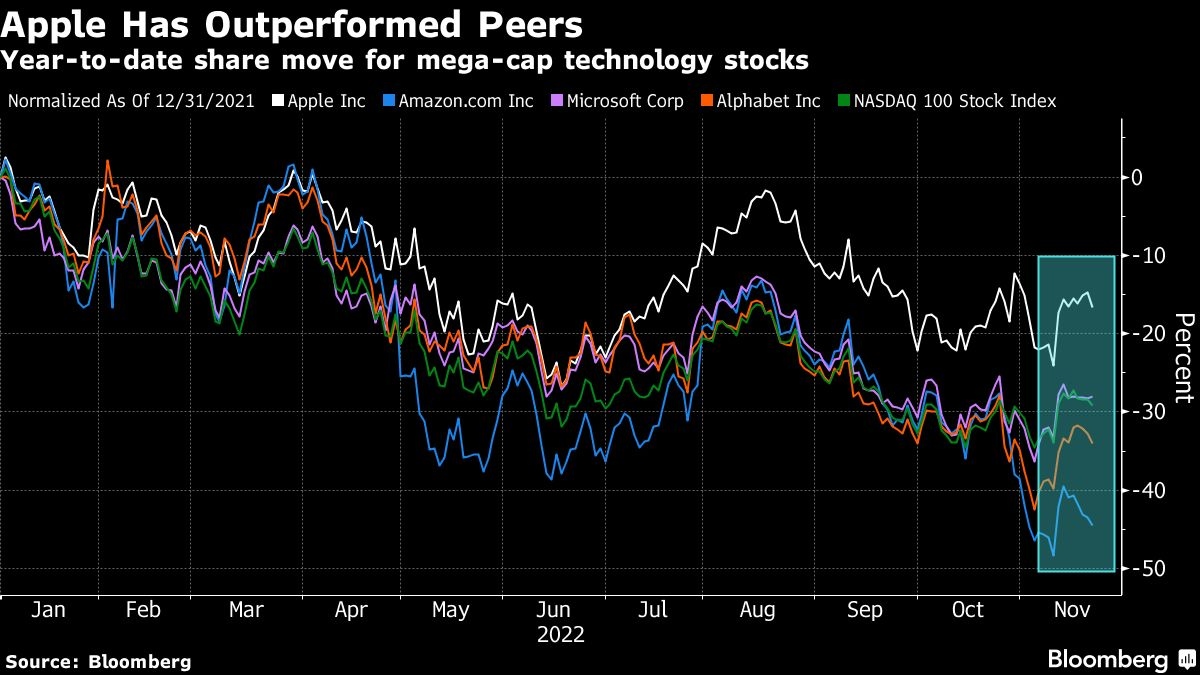 The delays, resulting from COVID lockdowns around a Chinese plant run by a contract manufacturer of iPhones, could cause analysts to trim their earnings estimates for this quarter, which accounts for 35 per cent to 40 per cent of iPhone unit sales. That in turn could further pressure Apple’s stock price, which has been a relative haven in this year’s tech meltdown.

“This could cause some further headwinds for Apple,” said Matt Maley, chief market strategist at Miller Tabak + Co. Consumers’ finances are stretched because of rising food and energy prices, which “will almost certainly cause the consumer to pull in their horns after the holidays.  If that is the case, it’s going to be tough for Apple to make up any lost holiday sales next year.”

An Apple spokesman said he didn’t have any immediate comment on the wait times.

If wait times don’t improve over the coming weeks, unit sales could miss estimates, resulting in iPhone revenue coming in flat year-over-year instead of rising by about two per cent as expected by analysts, according to UBS’s David Vogt.

Jefferies analyst Kyle McNealy assumes about three weeks of disruptions and estimates that each week of lockdown will cut US$1 billion from revenue and 1 cent from earnings per share. Evercore ISI’s Amit Daryanani estimates that this could push out about US$3 billion of iPhone revenue into the March quarter.

For bulls, that might be the best-case outcome. “We don’t believe those will be necessarily lost orders,” said Mark Stoeckle, Adams Funds’ chief executive officer. “We think they’ll be delayed orders.”

The disruptions forced Apple to provide a rare update only 10 days after the Cupertino, California-based company reported its fiscal fourth quarter earnings at the end of October. It said shipments of the new premium iPhones will be lower than expected because of the lockdowns.

The timing couldn’t have been worse for Apple.

The stock has jumped 9.7 per cent since a Nov. 10 report showed U.S. consumer inflation was cooling a bit. That triggered a rally across tech stocks as investors took the view that the Federal Reserve might be able to soon slow its pace of interest rate increases. Apple, which had already impressed Wall Street with its earnings, added US$191 billion to its market value in a single session, the most ever by a US company.

“Apple relative to the other names still offers safety,” said Lewis Grant, senior portfolio manager at Federated Hermes Ltd. Grant said he takes solace in the fact that Apple isn’t entirely reliant on hardware, since the company can tap into a stream of recurring revenue from subscriptions to services such as Apple Music and Apple Arcade for video games.

Analysts have cut their average Apple revenue estimate for this quarter by 1.7 per cent over the past three months, compared to reductions of 2.6 per cent to 6.5 per cent at peers like Microsoft Corp., Alphabet Inc. and Amazon.com Inc.

While the iPhone remains the cash cow for the company, the company has been trying to expand sales elsewhere. To spur Mac sales, Apple launched a rare promotional deal for small businesses that buy computers in bulk, an effort to cope with a slowdown during the holiday quarter.

“As long as the issues are supply related, it’s OK, it’s manageable,” said Alec Young, chief investment strategist at MAPsignals. “If there’s any hint of weakening demand, I think the stock price would be much more vulnerable. The market tends to be forward looking. So it’s much more sensitive to demand destruction given all the concerns about a recession.” 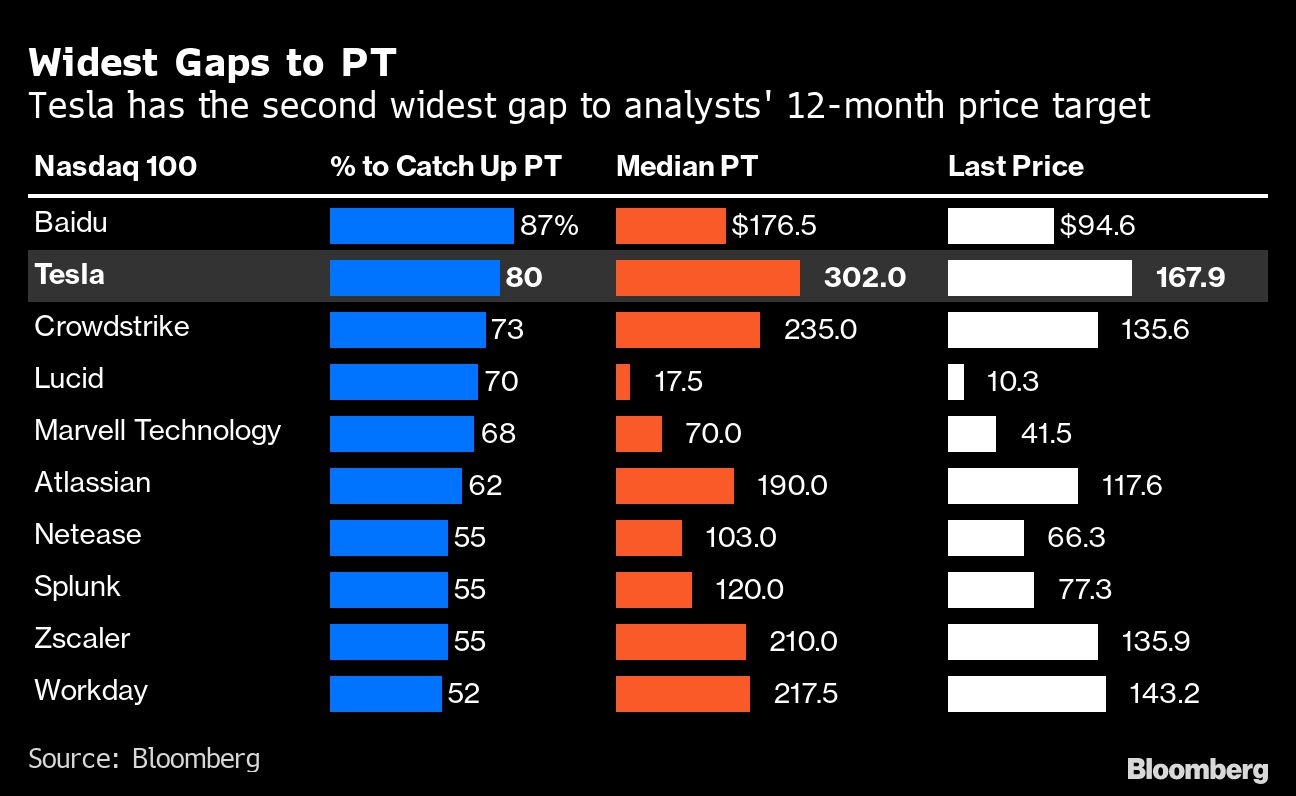 The rapid selloff in Tesla Inc. shares has left most price targets from ever-bullish Wall Street analysts seemingly obsolete. The yawning gap means Tesla shares need to rally a whopping 80 per cent to hit the median analyst target price -- the second widest in the Nasdaq 100 Index, just behind Baidu Inc. Shares of Elon Musk-led Tesla have slumped 52 per cent this year to US$167.87, while analysts have a median 12-month target price of US$302. The stock was trading up 0.5 per cent on Tuesday, set to snap a four-day streak of declines if gains hold.