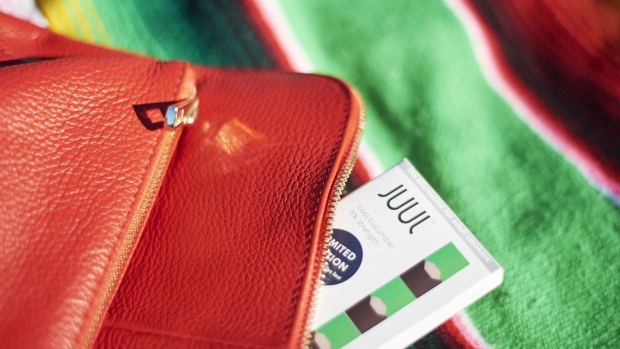 Juul Labs Inc. slashed its internal valuation by 35 per cent to roughly US$13 billion, days after the e-cigarette maker outlined plans to cut about a third of its workforce.

The reduction brings Juul roughly in line with one of its largest investors, the tobacco giant Altria Group Inc., which bought a 35 per cent stake in Juul in 2018 and has since marked its holdings down to a level that implies a valuation of about US$12 billion. Juul Chief Executive Officer K.C. Crosthwaite described the results of the company’s quarterly evaluation in an internal email to employees reviewed by Bloomberg News.

The company had valued itself at US$20 billion as of January.

In his email Friday, Crosthwaite attributed the lower valuation to volatility in public markets and new financial projections in the U.S. and overseas. Crosthwaite on Tuesday announced Juul will stop doing business in South Korea and will explore its options in Austria, Belgium, France, Portugal and Spain after concluding those markets aren’t sustainable.

The company also said this week that it would eliminate another 900 positions after cutting 650 jobs last fall.

“These steps are necessary to put Juul Labs on a sustainable pathway -- one that we believe will ultimately allow us to invest and grow for the future and create value for all of our shareholders,” Crosthwaite said in his email Friday.

E-cigarette makers have been challenged over the past year by increased concerns about teen vaping, as well as a lung-illness outbreak tied to some THC vaping products and the broader slowdown caused by the coronavirus pandemic. In the U.S., Juul’s sales have fallen about 10 per cent over the past year, according to data from market research firm IRI. It still holds holds 60 per cent of the e-cigarette market in IRI-tracked stores.

In a statement, Juul reiterated Crosthwaite’s comments, saying the new valuation reflects “overall volatility in the public markets and our near-term updated projections.”