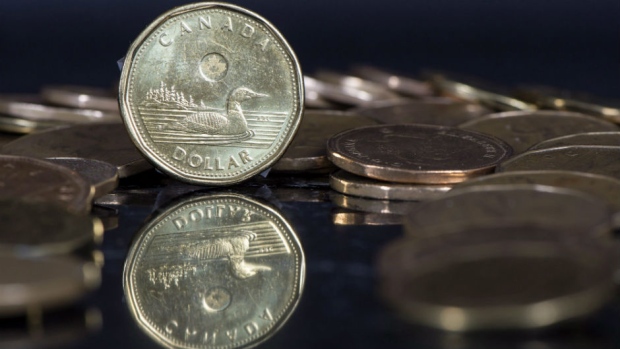 The Canadian dollar fell on Wednesday against its U.S. counterpart after the Bank of Canada held interest rates steady and showed enough caution to dampen expectations for a hike early next year.

The central bank left its benchmark interest rates on hold at 1 per cent, as expected. Despite rising employment and participation rates, other indicators point to ongoing - albeit diminishing - slack in the labor market, the central bank said.

Investors had been interested in how the Bank of Canada would characterize the labor market after data on Friday showed a much stronger-than-expected jobs gain in November.

"I think on balance their overwhelming focus remains on the uncertainties ... so they provided no clue of a rate hike anytime soon," said Derek Holt, head of capital markets economics at Scotiabank.

Chances of a rate hike in January fell to 26 per cent from 41 per cent before the announcement, the overnight index swaps market indicated.

The central bank raised rates in July and September for the first time in seven years, but has since worried about a number of uncertainties that could have an impact on the country's economy, including renegotiation of the North American Free Trade Agreement.

Adding to headwinds for the loonie were lower prices for oil. U.S. crude futures settled 1.7 per cent lower at US$55.96 a barrel after a sharp rise in U.S. inventories of refined fuel suggested demand may be flagging.

The U.S. dollar rose against a basket of major currencies as market participants grew more optimistic about lawmakers' progress on U.S. tax legislation.

The labour productivity of Canadian businesses fell by 0.6 per cent in the third quarter, the second consecutive decline, as the number of hours worked grew faster than business output.

Canadian government bond prices were higher across the yield curve, with the two-year up 7 cents to yield 1.499 per cent and the 10-year rising 32 cents to yield 1.855 per cent. The gap between the 2-year yield and its U.S. equivalent widened by 2.9 basis points to a spread of -31.8 basis points.