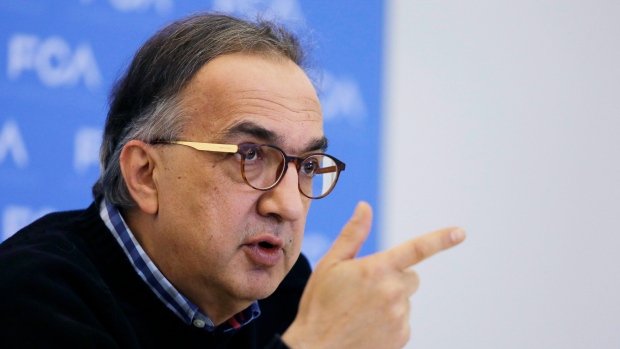 Fiat Chrysler Automobiles NV's (FCAU.N) CEO has no intention of breaking up the company or selling off individual brands to China or any other parties, he said on Monday, adding the group was counting on its coveted Jeep brand to drive profit.

"We're not going to break up anything, I never suggested that we would break (FCA) up and give it to anybody," he told a news conference.

FCA's share price has shot up more than 30 percent so far this year on a bullish outlook for the auto sector, Jeep growth expectations and media speculation that Marchionne's final year at the helm could prompt strategic deals such as spin-offs, technology alliances and disposals.

The popularity of the Jeep brand, which is targeting sales of 2 million vehicles this year, has prompted talk it could be spun off from the group, as happened with tractor maker CNH Industrial and supercar group Ferrari, or sold off. By comparison, Jeep shipments in 2016, the most recent full year for which figures are available, were 1.42 million vehicles.

While Marchionne acknowledged that both Jeep and truck brand Ram were sufficiently strong to exist on their own, he reiterated he needed to worry about what is left behind.

"We need to talk about the profitability at Jeep but also at what will be left behind," he said. "They all need to stay alive."

Marchionne confirmed the company's targets for 2017 and for 2018, including a plan to erase all debt and generate up to 5 billion euros ($6.14 billion) in net cash by the end of this year.

Asked about the possibility of paying dividends in future, Marchionne said the markets had changed and "it makes more sense to buy back shares than pay a dividend."

The 65-year-old executive is due to step down in early 2019 and a successor will be appointed from within FCA.

Marchionne said there are other possible candidates who are not in the media spotlight.

FCA has been the subject of merger speculation, especially after its unsuccessful 2015 attempt to tie up with larger U.S. rival General Motors Co (GM.N). Its share price jumped to record highs in August after reports of interest from China's Great Wall Motor Co and South Korea's Hyundai Motor Co.

Marchionne said on Monday the company did not need a partner and could continue on a standalone basis.

Asked about potential interest from Guangzhou Automobile Group Co Ltd (GAC), Marchionne said the Chinese company had helped FCA bring Jeep to the Chinese market through their joint venture and FCA was in turn trying to help GAC expand in the United States.

"They have global ambitions, they want to come to the U.S. ... we are talking to them about if and how we can help them to accomplish this," he said, but added "none of these things are designed to impact on the independence of FCA."